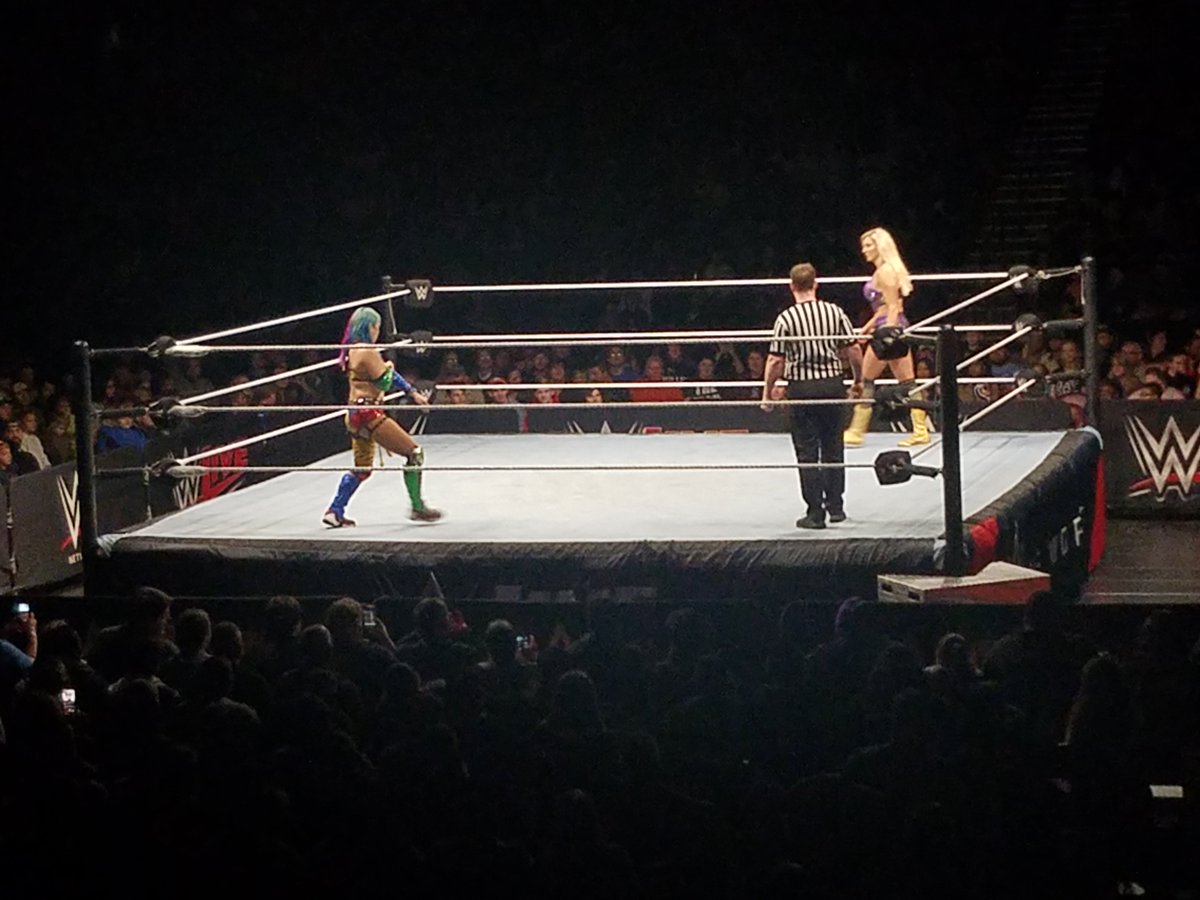 Thanks to Luther Lankford for the following WWE live event results from Sunday's show in Greenville, South Carolina:

* Triple Threat: WWE United States Champion R-Truth retained over Rey Mysterio and Andrade with Zelina Vega. The babyfaces had a Dance Break after the match with kids in the ring

* MizTV with AJ Styles led to the next match...

* The Miz and AJ Styles defeated The Bar