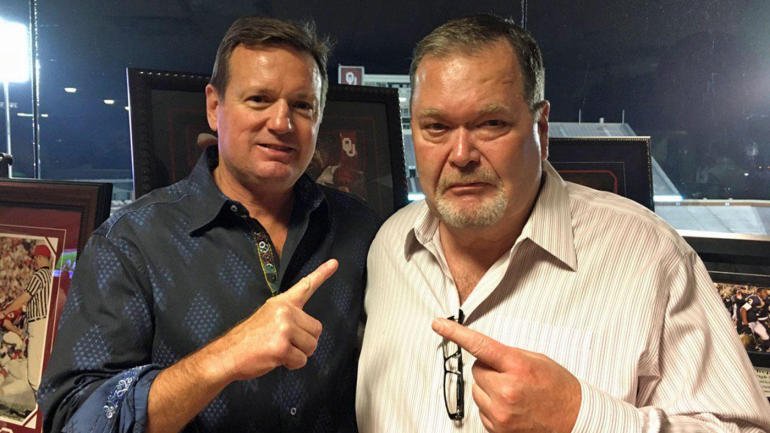 Vince McMahon's XFL announced today that Bob Stoops will be the Head Coach & General Manager of the Dallas team.

Stoops, who received the Walter Camp Coach of the Year Award in 2000 and 2003, has an overall coaching record of 190 wins and 48 losses. He is 9-9 in Bowl games. Stoops led the Oklahoma Sooners to an Orange Bowl victory and a national championship in 2000.

WWE Hall of Famer Jim Ross, a longtime supporter of the Sooners, noted on Twitter that Stoops is one of his best friends.

Stoops is coming out of retirement to coach the XFL Dallas franchise for the relaunch season next year. Several sports journalists have praised the hire with Arash Markazi of the Los Angeles Times calling it a "big get" for the league.

The XFL noted on Twitter that coaches for the other 7 teams will be introduced "very soon." It's believed that team mascots, colors and other details will start rolling out once the coaches have been confirmed.

The relaunch season for the XFL kicks off in 2020 on Saturday, February 8 and Sunday, February 9, the weekend following the NFL's Super Bowl. It will feature 8 teams from Dallas, Houston, Los Angeles, New York, St. Louis, Seattle, Tampa Bay and Washington, DC.

Below are a few shots from today's announcement along with comments from JR:

Allow Bob Stoops to re-introduce himself. @XFLDallas has a head coach and general manager.#XFL2020 pic.twitter.com/5OVwgAFXGh

"To start a program from the ground floor, to build a staff... it reminds me a lot of when I first arrived at @OU_Football." ~ @XFLDallas head coach and general manager Bob Stoops pic.twitter.com/xKKiK6U1RT

XFL commissioner Oliver Luck announces the hiring of the head coach and general manager of the @XFLDallas team. https://t.co/CGf2aQLaiD