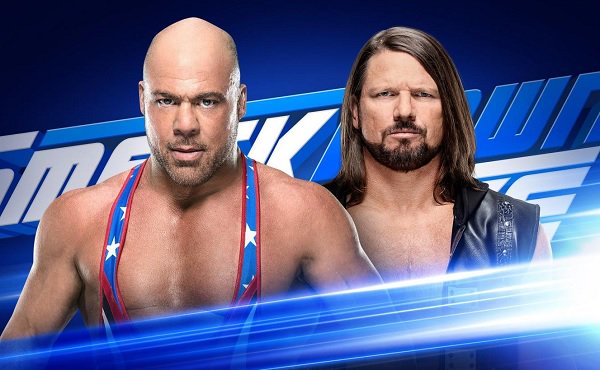 Tonight's WWE SmackDown and WWE 205 Live episodes will take place from the Mohegan Sun Arena in Uncasville, CT as the Road to WrestleMania 35 continues.

SmackDown will feature WWE Hall of Famer Kurt Angle vs. AJ Styles plus a Fatal 4 Way to determine the WrestleMania 35 opponent for SmackDown Women's Champion Asuka with Mandy Rose vs. Naomi vs. Carmella vs. Sonya Deville. 205 Live will feature a big six-man match with The Lucha House Party vs. Humberto Carrillo, Jack Gallagher and Drew Gulak.

* What does the future hold for The New Day?

* What's next for Lynch and Flair after an eventful Raw?

Stick with us throughout the day for updates on tonight's shows and be sure to join us for live coverage at 8pm ET.