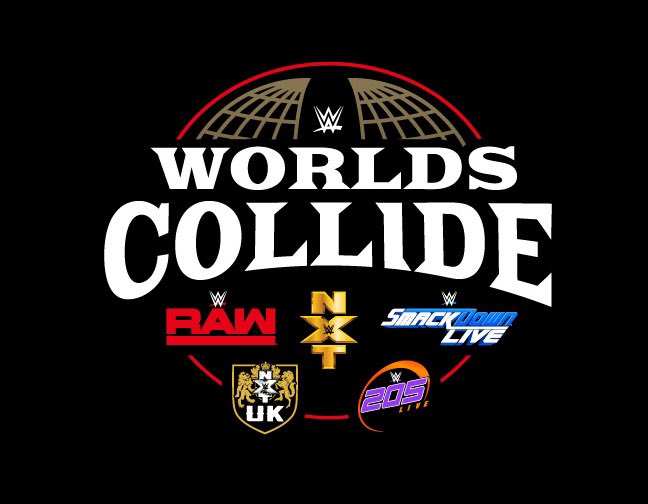 Triple H has announced that WrestleMania 35 Axxess will feature another Worlds Collide theme with male and female Superstars from WWE NXT, NXT UK, RAW, SmackDown and 205 Live doing battle at each session. The matches will air over four WWE Network specials. There will also be three NXT UK TV episodes taped at Axxess.

Below is the full announcement on the tapings with matches confirmed, plus Triple H's tweet:

WrestleMania Axxess, WWE's biggest fan gathering of the year in sports-entertainment, just got even bigger with the addition of new Worlds Collide events!

This year's Axxess  which runs Thursday, April 4, through Monday, April 8, at Brooklyn Pier 12 in Brooklyn, N.Y.  will feature unique, never-before-seen Worlds Collide matchups involving Superstars from NXT, NXT UK, 205 Live, Raw and SmackDown LIVE. Axxess will be your only chance to see these matches before they air on WWE Network. In addition, three sets of NXT UK tapings will take place at Axxess.

Check out the schedule of events below and be sure to secure your Axxess ticket today by going to Ticketmaster.com.

NXT vs. NXT Alumni
Thursday, April 4 (6-10 p.m.)
The past meets the present as former NXT Superstars battle current Superstars from the black-and-gold brand. The matches will include Roderick Strong vs. Tyler Breeze, Dominik Dijkaovic vs. Harper, SAnitY vs. Undisputed ERA, and Kassius Ohno vs. Aiden English.

Don't wait to secure your seat at these events. Tickets for WrestleMania Axxess are available now at Ticketmaster.com!

*Talent listed and depicted above are subject to change.

This year at #WrestleMania #Axxess, Superstars from EVERY @WWE brand will collide. Men and women from #Raw, #SDLive, @WWE205Live, @WWENXT and @NXTUK battle at each session for future episodes of @NXTUK and four @WWENetwork specials. #GetReady https://t.co/nsfjMdPJJq pic.twitter.com/yjzeY1yi4J