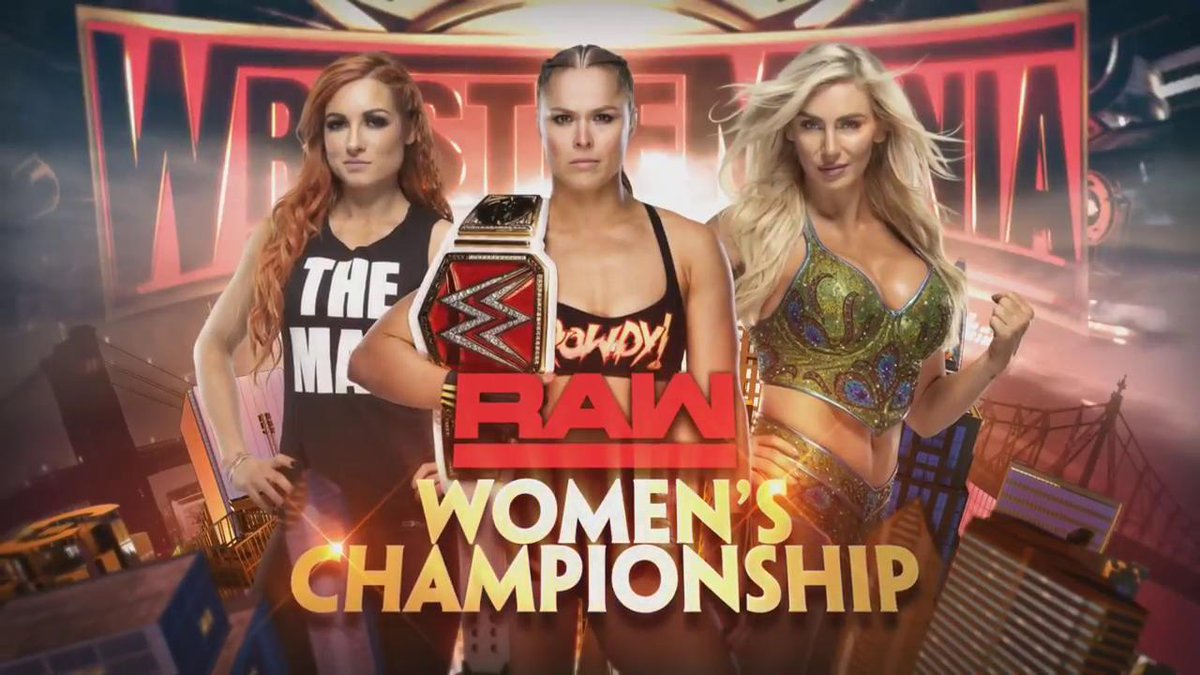 Becky Lynch vs. Charlotte Flair vs. RAW Women's Champion Ronda Rousey in a Triple Threat for the title is now official for WrestleMania 35.

Tonight's WWE Fastlane pay-per-view saw Lynch defeat Flair by disqualification after Rousey hit the ring and dropped one shot at Lynch while Flair had her in a Figure Eight submission. Per the stipulation, Lynch was added to the Flair vs. Rousey match at WrestleMania to make it a Triple Threat.

WrestleMania 35 takes place on April 7 from MetLife Stadium in East Rutherford, New Jersey. Below is the updated rumored card. It should be noted that these matches are only rumored. The WWE Universal Title match and the RAW Women's Title match are the only matches announced by WWE.

Multi-Woman Match for the SmackDown Women's Title
TBA vs. Asuka

Multi-Team Match for the RAW Tag Team Titles
TBA vs. Ricochet and Aleister Black vs. The Revival

Multi-Team Match for the SmackDown Tag Team Titles
TBA vs. The Hardys vs. The Bar vs. Shinsuke Nakamura and Rusev vs. The Usos

Multi-Man Match for the WWE Intercontinental
TBA vs. Finn Balor

The Miz vs. Shane McMahon