WWE Hall Of Famer Gets Beat Down At WWE Fastlane, Speculation On A WrestleMania 35 Match 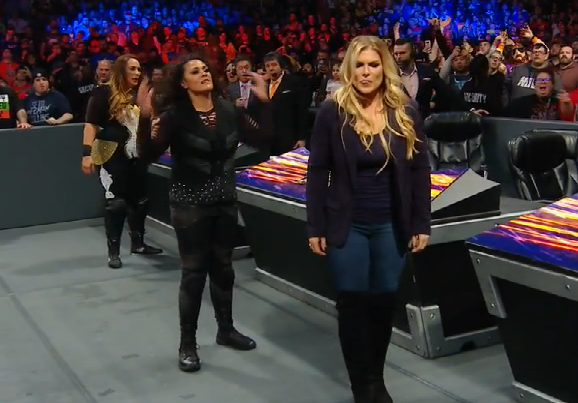 It looks like WWE Hall of Famer Beth Phoenix could be coming out of retirement for a match at WrestleMania 35.

Tonight's WWE Fastlane pay-per-view saw Tamina Snuka and Nia Jax double team Phoenix after the WWE Women's Tag Team Titles match, which ended with Sasha Banks and Bayley retaining their titles over Snuka and Jax. The losers attacked the winners after the match and that led to Phoenix and Snuka having words. Jax then attacked Phoenix from behind and the double team on The Glamazon began.

Below are photos and videos from tonight's angle at Fastlane:

Bayley and Sasha retains their Women's Tag Team Titles against Nia Jax and Tamina before being beat down post-match.

A big staredown between Beth Phoenix and Tamina before she was assaulted by Nia as Natalya ran down for the attempted save.