- Above is the latest WWE Performance Center Diary video with WWE NXT Superstars Rhea Ripley and Reina Gonzalez on the road in Ohio for a recent live event for the black & yellow brand. They visit the Homage t-shirt warehouse and Ripley sees snow for the first time.

- Carmella revealed on her Instagram Story that she has been working on her own wine company for the past year and she is close to launching. The Capo Cagna wine company can be found on Instagram at @capocagna, but they have no posts yet. Their bio says, "CAUTION: not for wine snobs."

"Capo" in Italian translates to "head" while "cagna" translates to "b---h" and Urban Dictionary notes that "cagna" is an Italian word for female dog or "often used to describe an unpleasant and malicious woman, a b---h."

Carmella is following in the footsteps of The Bella Twins, who continue to expand their Belle Radici wine company that was launched in the summer of 2017. When asked what kind of wine they will be selling, she told a fan on Twitter that they would start with a Chardonnay and a Cabernet. She wrote, "Starting with a Chardonnay and an AMAZING Cabernet that I'm so obsessed with!!"

Below are the related tweets from Carmella along of one of the IG Story screenshots:

I have HUGE NEWS!! Head on over to my IG story for all the details!! ??

Starting with a Chardonnay and an AMAZING Cabernet that I'm so obsessed with!! https://t.co/BSMQVaOalR 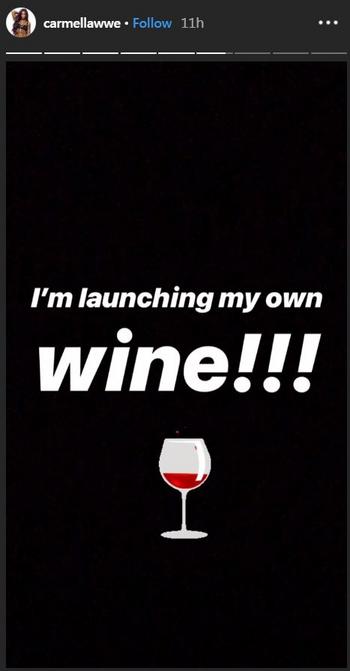 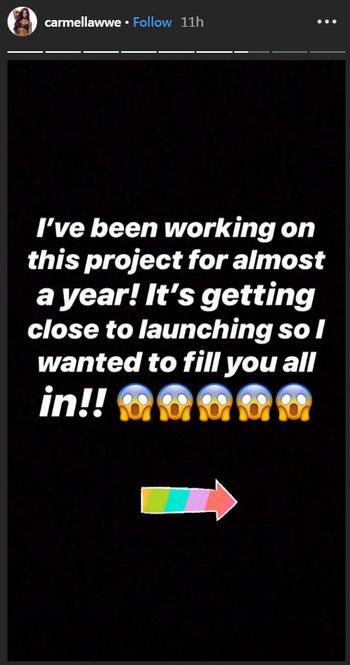 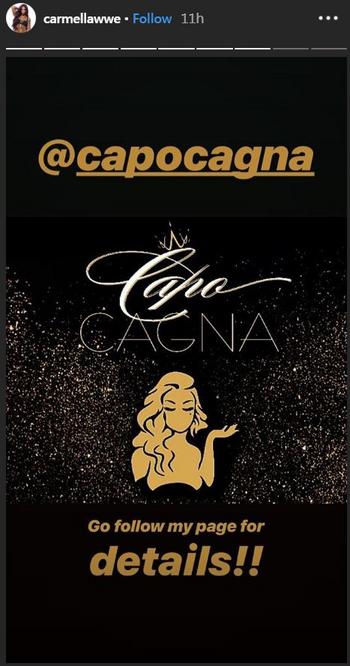