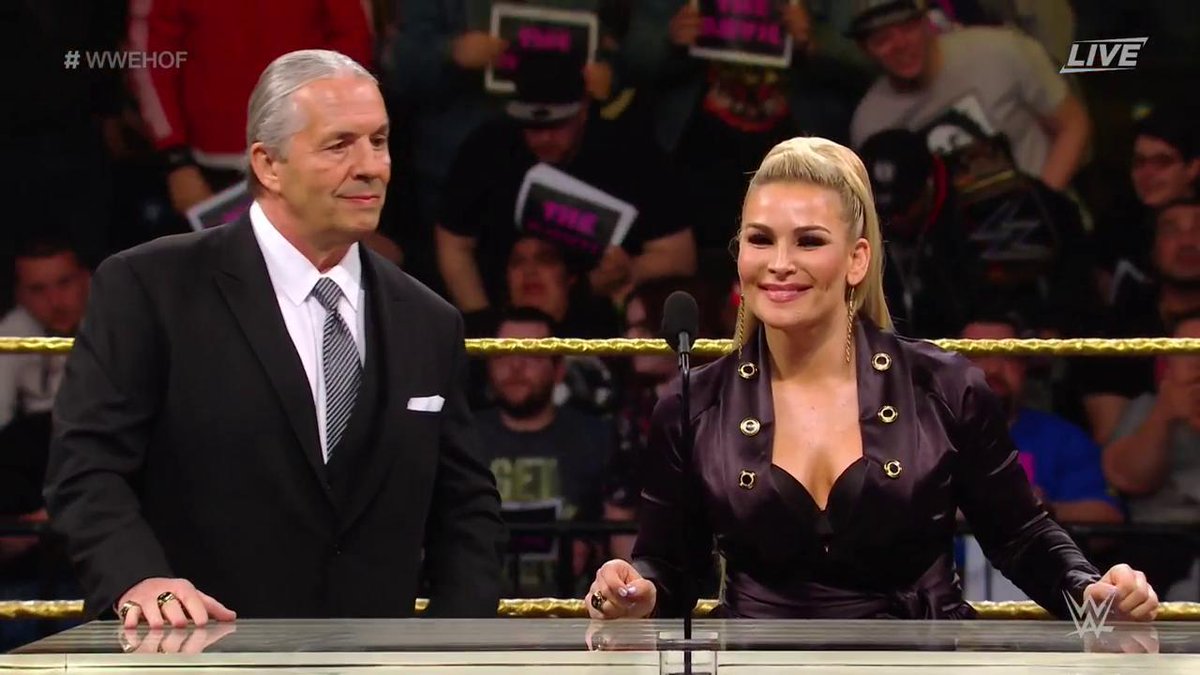 There was an incident during the 2019 WWE Hall of Fame induction ceremony tonight at the Barclays Center in Brooklyn as Bret Hart and Natalya were doing the induction for The Hart Foundation.

The incident began when a fan apparently rushed the ring and tried to tackle Bret at the podium. The camera cut away to a blank screen for about a minute, but came back to Edge, Beth Phoenix, Tyson Kidd, Drake Maverick and several others checking on Kidd and Hart. Fans were booing and chanting "asshole" at someone that was being held down on the floor near the ring setup. It looked like the fan was then carried out while fans chanted "asshole" at him. As the fan was being escorted, it appeared as if Dash Wilder punched him in the face, as seen below.

Below are videos from the incident. Stay tuned for more on what happened.

Bret Hart's attacker get mad his face smashed in by what looks like Dash Wilder. #WWEHoF #WWE #BretHart #Attack #WrestleMania credit to my boy Martin Endersby via FB pic.twitter.com/dO6Ckhk5Jt

Holy s--t, fan jumped the ring tackled Bret Hart and dash wilder f--ked him up with an upper cut off cam, the whole roster piling the ring, LEGEND DASH pic.twitter.com/JnmJSuBoqE

Previous Article
WWE Hall Of Famers Announced For The Crockett Cup
Next Article
Kelly Klein Wins The Women Of Honor Championship At ROH NJPW G1 Supercard, The Allure Is Formed