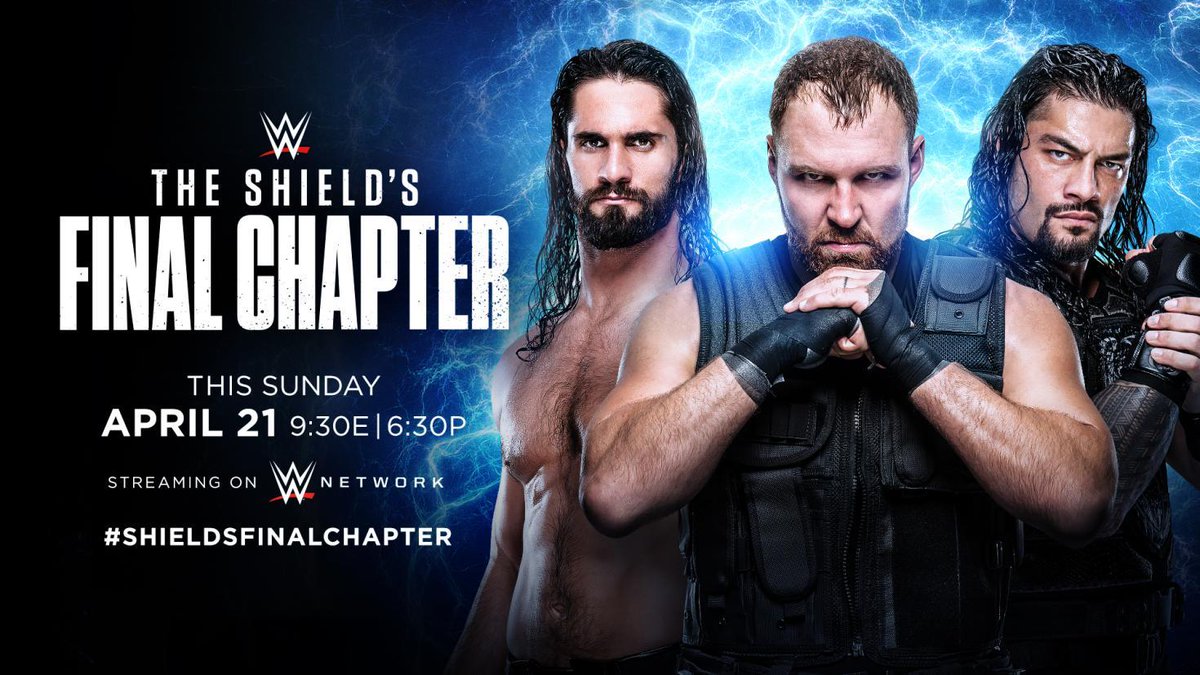 WWE sent us a press release today confirming that, as expected, The Shield will be facing Drew McIntyre, Bobby Lashley & Baron Corbin this Sunday for "The Shield's Last Chapter". The event is taking place this Sunday at the TaxSlayer Center in Mobile, IL.

The Shield reunited and faced McIntyre, Lashley and Corbin at WWE Fastlane this past February. The trio nailed Baron Corbin with a triple power bomb to pick up the victory.

WWE also confirmed that WWE Intercontinental Champion Finn Balor will be defending his title on the show. While his opponent has not been confirmed, the Tax Slayer Center is advertising Balor vs. Elias.

The actual live event this Sunday starts at 8pm ET, however the portion that will be televised on the Network will start at 9:30 pm ET. We will have live coverage of the show this Sunday.

Below is WWE's full announcement:

WATCH THE SHIELD'S FINAL CHAPTER THIS SUNDAY ON WWE NETWORK

In what will be the groundbreaking faction's FINAL match together, Dean Ambrose, Roman Reigns & Universal Champion Seth Rollins will team up for a special event, The Shield's Final Chapter, streaming LIVE this Sunday, April 21, at 9:30 p.m. ET/6:30 p.m. PT on WWE Network. Don't miss the legendary trio's final ride together in WWE.

The Shield will face the team of Drew McIntyre, Bobby Lashley and Baron Corbin. Also, Finn Bálor will be in action to defend the Intercontinental Championship.

If you are not yet a subscriber, go to WWENetwork.com and start your one-month free trial today.

Previous Article
Which WWE Roster Will Nikki Cross Be Working With?
Next Article
Mark Henry On If WWE Has A Diversity Problem