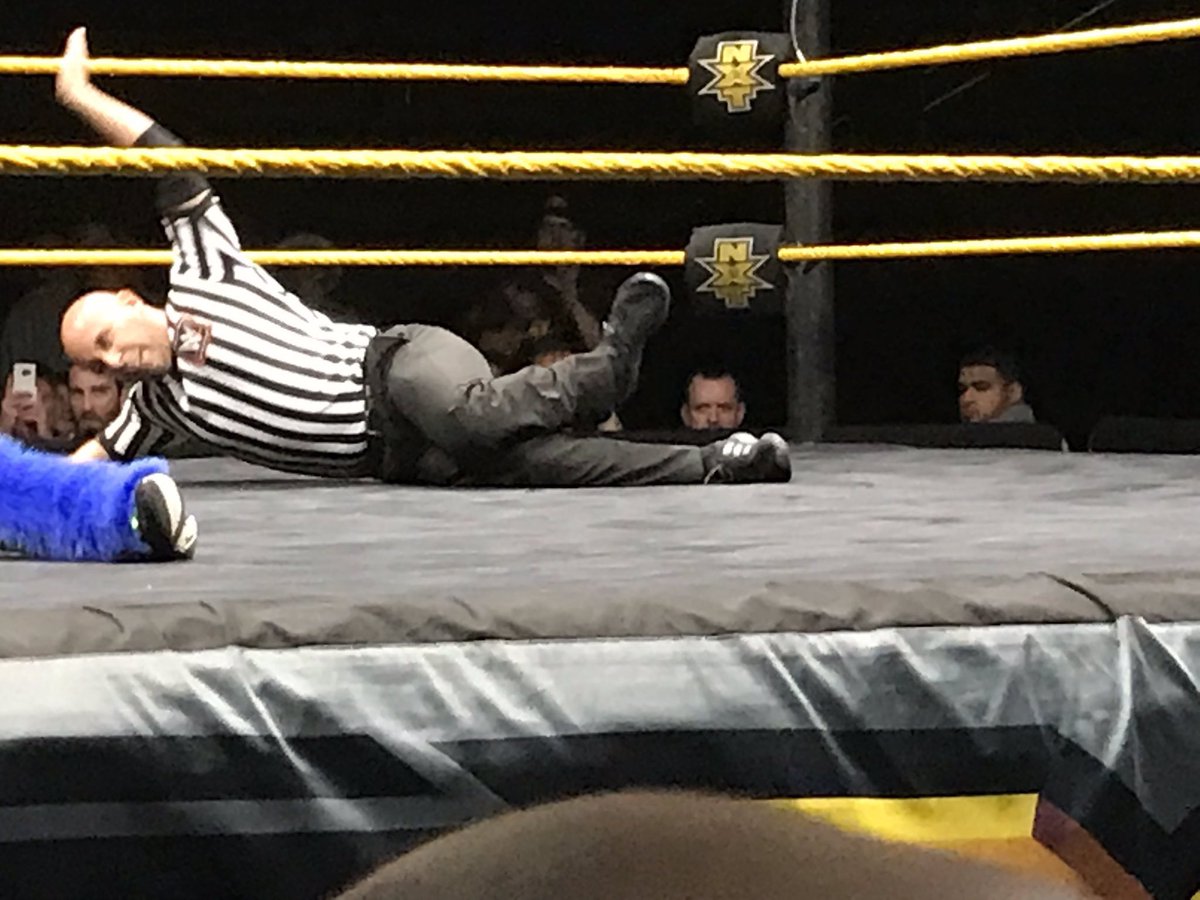 NXT referee Tom Castor broke his leg during a match between The Velveteen Dream and Tyler Breeze at Thursday's NXT live event in Omaha, Nebraska.

Despite the injury, Castor finished the match and counted Dream's pinfall over Breeze. Referee Drake Wuertz tweeted that while Castor was on the stretcher, Castor squeezed his hand "and proudly said 'Drake I Love the Business'."

Our @NXT @WWE Ref @tomcastorWWE broke his leg last night, still counted 3 and then threw up the "X" for himself!!! Shout out to Tom for being a true Pro and keeping his focus! #ReffinAintEasy! #SpeedyRecoveryTom https://t.co/6sXEUlFACO

You can check out photos and videos of the injury below:

That moment you realize your town is cursed. 2 leg injuries in 1 night #NXTOmaha pic.twitter.com/jz1RB8Ymyk

Scary news out of #NXT live event.
At tonight's #NXTlive event in #Omaha, referee #TomCastor suffered a broken leg during the main event between #VelveteenDream and #TylerBreeze.
Broke his leg and still went on with the show and counted out Tyler Breeze #NXTOmaha pic.twitter.com/Lx1YFLZVLp

This ref busted his ankle and still rolled over and made the final count for the pin he is the biggest bad ass of wrestling!!! #NXTOmaha pic.twitter.com/5LsFlBSlNn