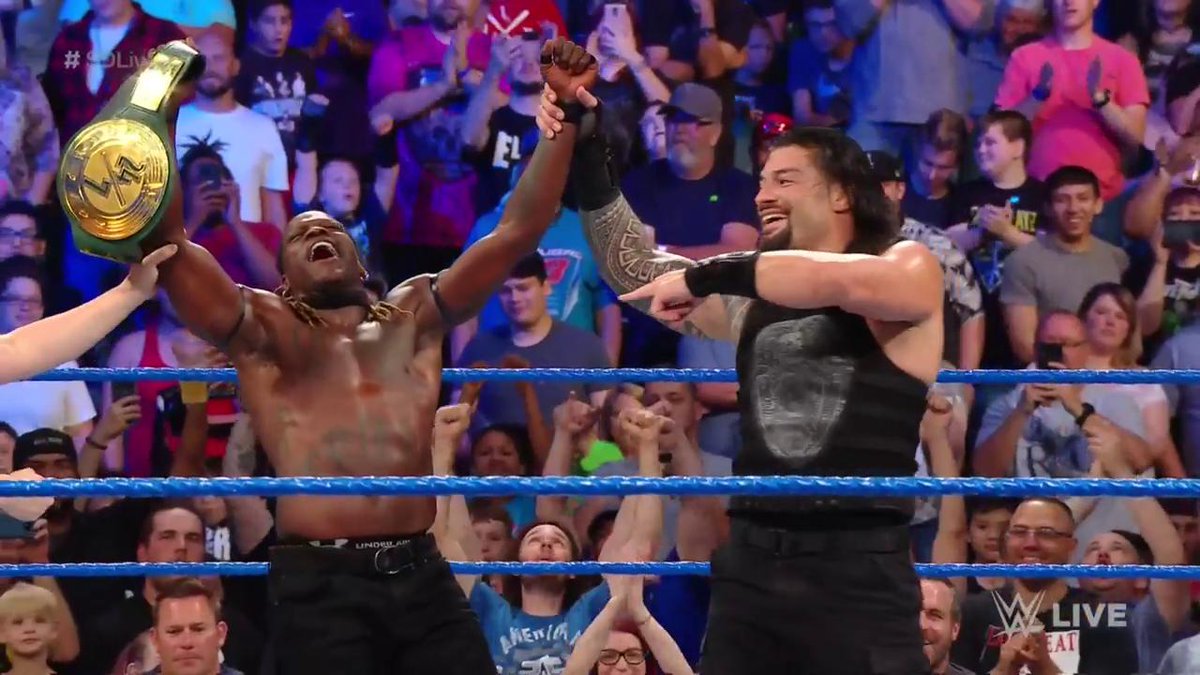 As noted, Elias won the title earlier in the night after Truth was beat down by Elias, Drew McIntyre and Shane McMahon. Truth dropped the title right after his first successful title defense over Drake Maverick. After tonight's SmackDown main event, which saw Reigns and Truth defeat Elias and McIntyre, Reigns delivered an extra Spear to Elias and then stood guard as Truth crawled to make the pin. Shane had suspended the 24/7 rules until the main event was over, so Elias could focus on the match.

Below are a few shots from the title change:

A swing and a miss from @DMcIntyreWWE! #SDLive pic.twitter.com/YGu08T6Qwv