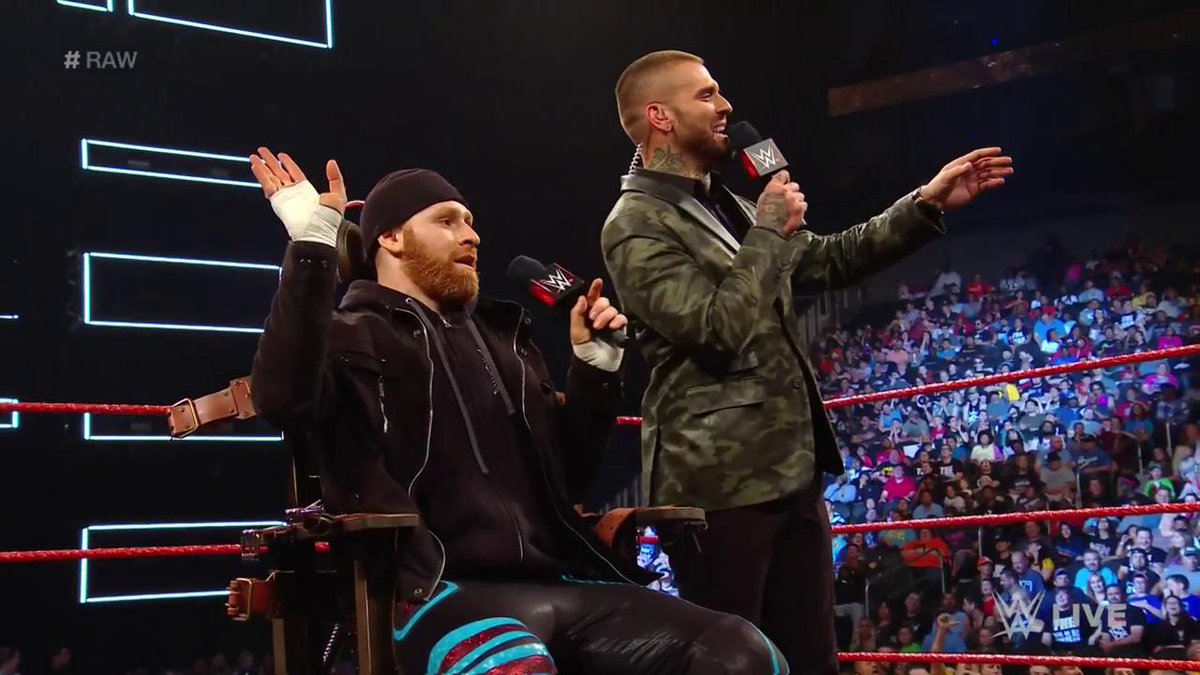 Sami was the guest for Corey Graves' new Electric Chair Q&A segment, which saw Sami sit in an actual electric chair while Charly Caruso, Kayla Braxton and Sarah Schreiber took fan questions from people in the crowd. They asked Sami about teaming with RAW Women's Champion Becky Lynch on Mixed Match Challenge, why he hasn't won the WWE Universal Title, when he will retire and what it's like to get beat up by Brock Lesnar. However, Sami wasn't impressed with their questions.

Sami told the crowd that they can ask him about anything, including his love life and "even AEW."

The AEW mention brought a noticeable gasp from the crowd at the Sprint Center in Kansas City, MO.

You can hear the name-drop in the Twitter clip below:

.@SamiZayn answers one of several hard-hitting questions while sitting on the Electric Chair on #Raw! pic.twitter.com/TFj0DE2kPx

.@SamiZayn in the Electric Chair on #RAW got us like pic.twitter.com/a5u1VAOnOk

.@WWEGraves introduces the Electric Chair on #Raw where questions from the @WWEUniverse MUST be answered! pic.twitter.com/Vb8cR3bTML