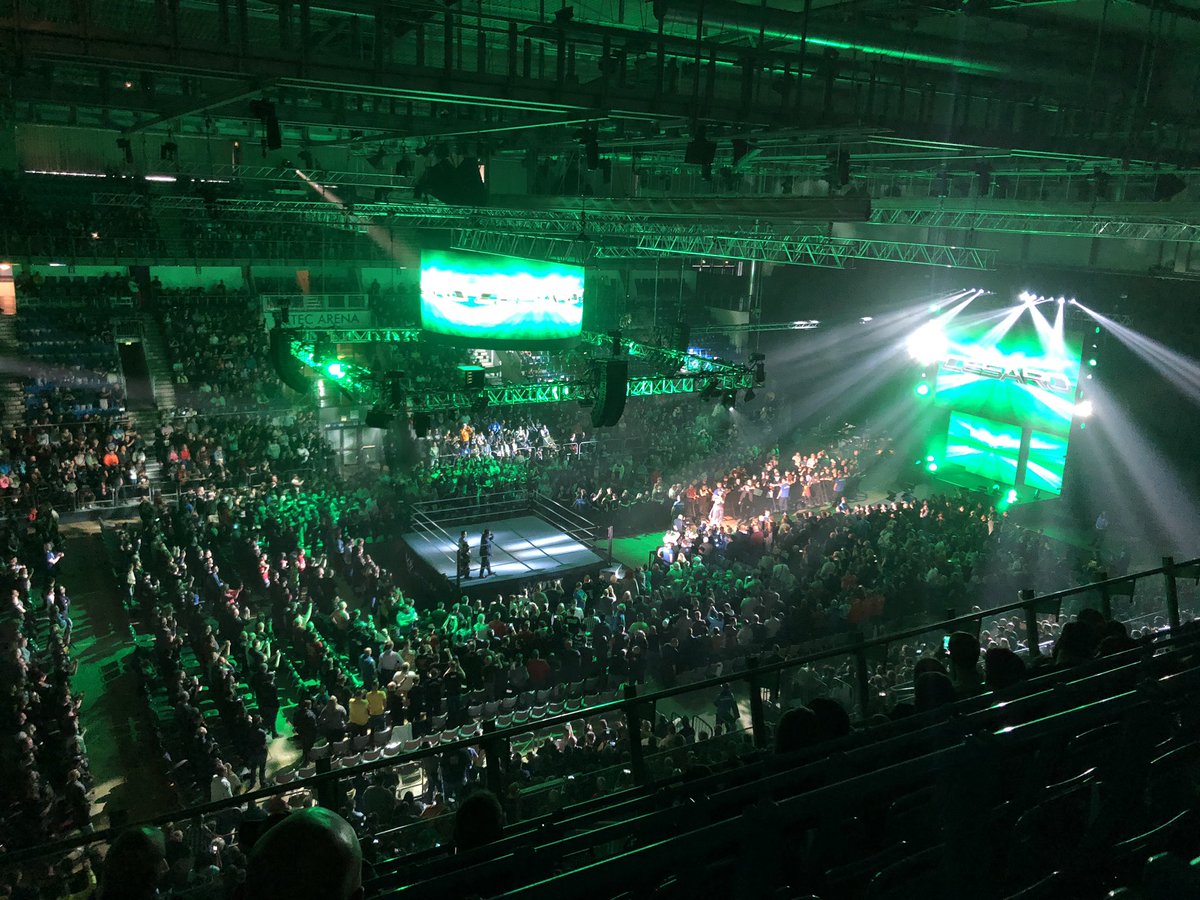 Thanks to Max of wrestling-infos.de for the following WWE live event results from tonight's show in Magdeburg, Germany at the GETEC Arena:

* Apollo and Matt Hardy defeated Rusev and Shinsuke Nakamura. After the match, Lars Sullivan came out and attacked Hardy and Apollo

* Xavier Woods defeated Cesaro with a roll-up after two minutes

* The Miz came to the ring for a MizTV segment with WWE United States Champion Samoa Joe as the guest. Ali interrupted and that set up the next match

* WWE United States Champion Samoa Joe retained over Andrade and The Miz in a Triple Threat. Joe made Andrade tap to the Coquina Clutch for the win

* WWE Champion Kofi Kingston retained over Kevin Owens by disqualification. The DQ came after Cesaro attacked Kofi. Xavier Woods made the save to set up the main event