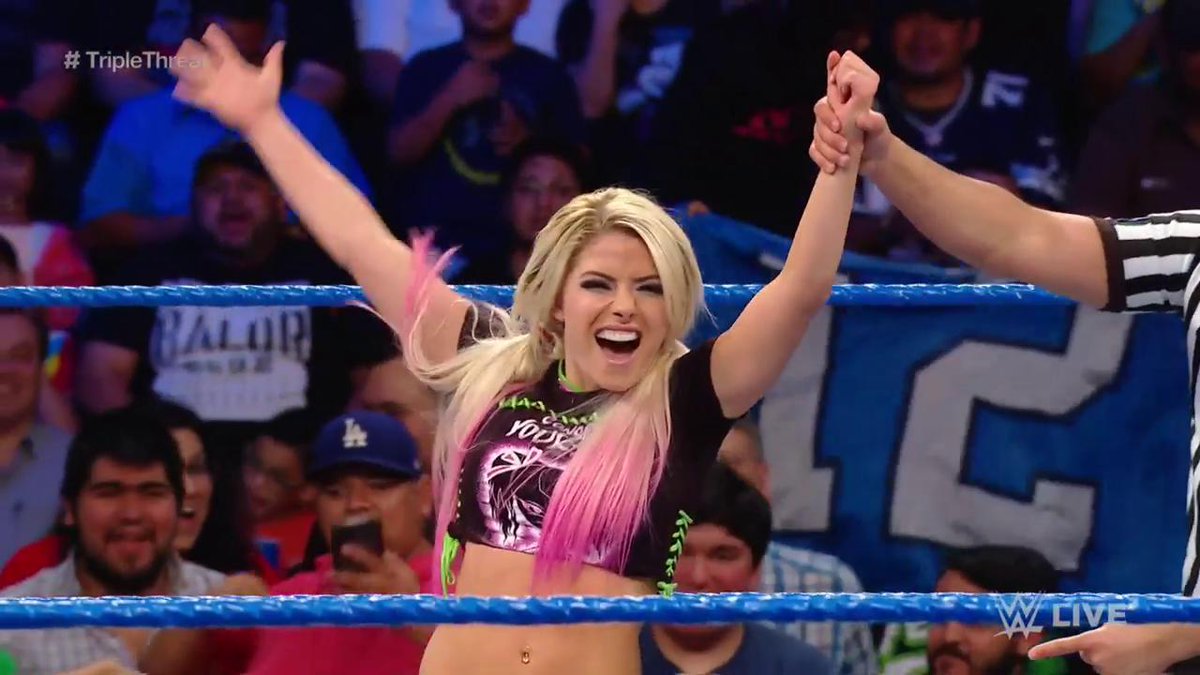 Bliss won a Triple Threat over Charlotte Flair and Carmella on tonight's SmackDown to become the new #1 contender to Bayley.

The first-ever WWE Stomping Grounds pay-per-view takes place on June 23 from the Tacoma Dome in Tacoma, Washington. Below is the current card: