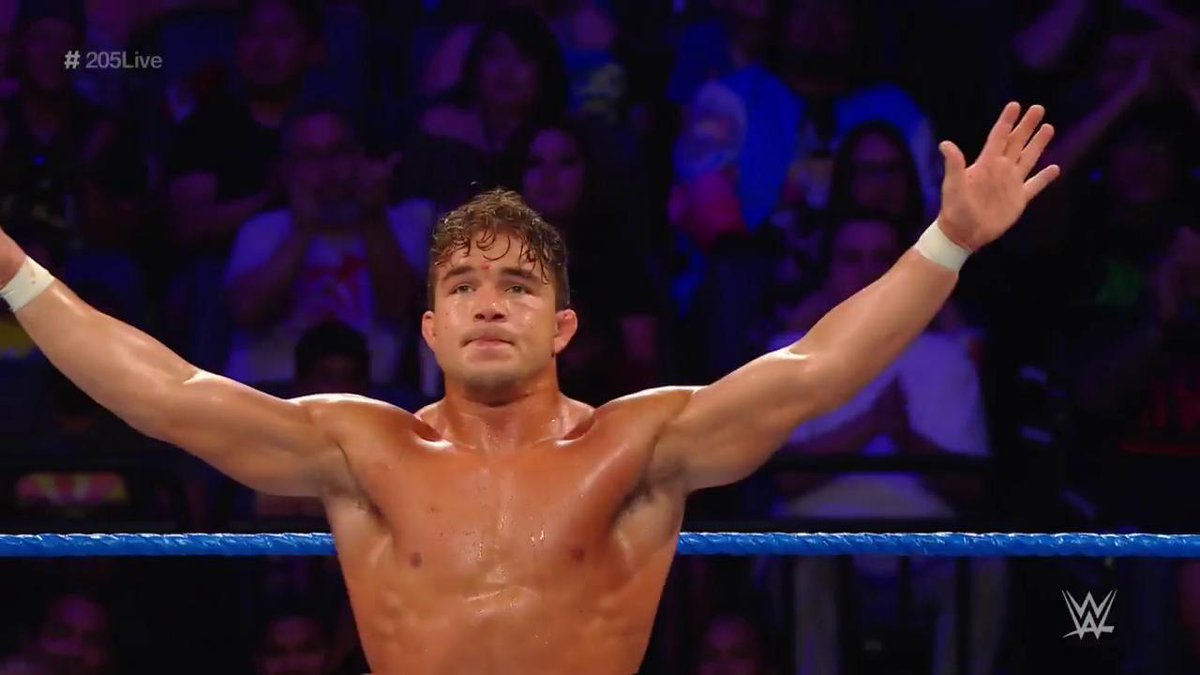 Chad Gable made his WWE 205 Live debut on tonight's episode from Sacramento, California. He defeated Jack Gallagher by count out in the opening match.

Gable appeared on this week's 205 Live as the special surprise that had been teased by 205 Live General Manager Drake Maverick.

There's no word yet on what WWE has planned for Gable but they haven't used him much since bringing him to SmackDown from RAW in the 2019 Superstar Shakeup. Gable recently started appearing in backstage SmackDown segments, taking notes on other Superstars and tag teams. He appeared in a backstage segment with Apollo on tonight's SmackDown.

Below are a few shots from Gallagher vs. Gable, plus Gable on SmackDown with Apollo:

.@GentlemanJackG is looking to earn a HUGE victory over @WWEGable on #205Live, and he's willing to put on a bit of a show while he does it! pic.twitter.com/Q0kd21rael

.@GentlemanJackG is unable to get into the ring before the ?? count, so @WWEGable pick up the victory in his #205Live debut. pic.twitter.com/oigAHaXKu9