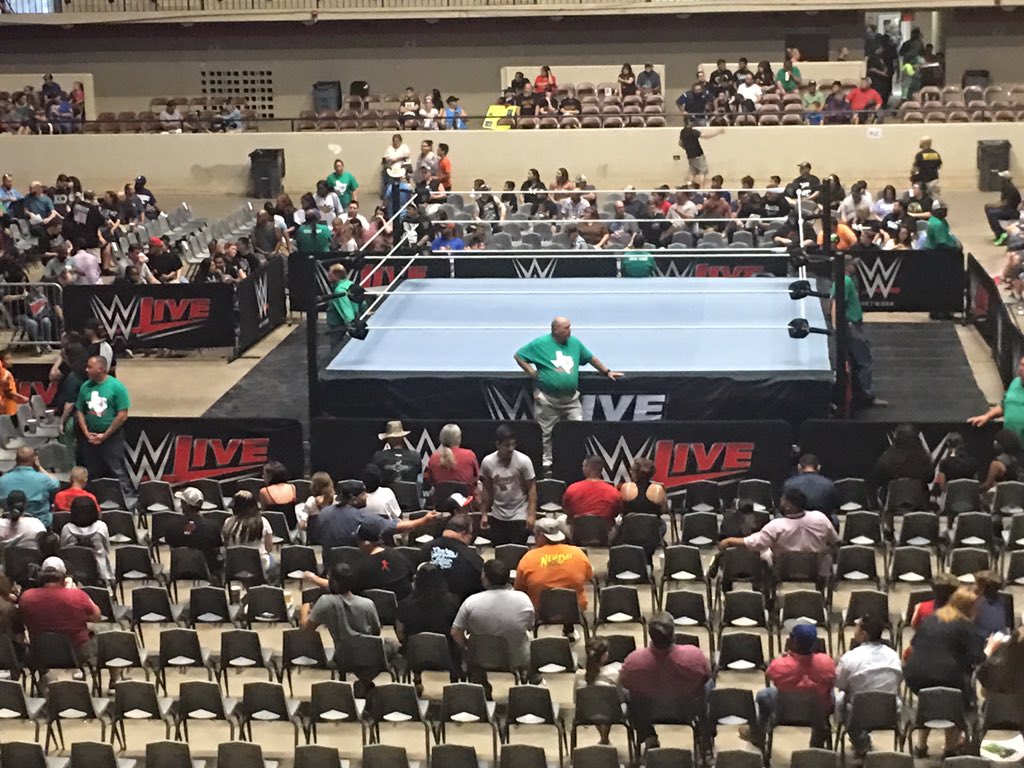 Thanks to Jimmy Melendez for the following WWE live event results from Saturday's show in Waco, Texas:

* Heavy Machinery vs. The B Team ended when WWE 24/7 Champion R-Truth came to the ring with Carmella. Buddy Murphy, Apollo Crews and Matt Hardy were right behind them. Truth retained his title after a few close calls. Lars Sullivan hit the ring and cleared everyone out

* Carmella defeated Mickie James. The match started with Mickie James demanding a forfeit because Carmella was too busy helping R-Truth run away. Carmella came out and the match ended after a few minutes due to an apparent injury to Mickie, which may have been part of the match because she dominated up until that point

* Kevin Owens hosts The Kevin Owens Show. He has a table and two steel chairs brought in. Owens calls out his guest Elias but Xavier Woods runs out instead and they start brawling. Woods puts Owens through the table to end the segment

* Ali defeated Andrade. Zelina Vega was tossed by the referee due to interference attempts

* Elias comes out for a new song in the ring, taking shots at the people of Waco. He brings out Drew McIntyre for the main event

* Roman Reigns defeated Drew McIntyre. Elias interfered after a referee bump but Drew accidentally knocked him out with a Claymore Kick when going for Reigns. Reigns bounced back and hit a Spear on McIntyre for the pin