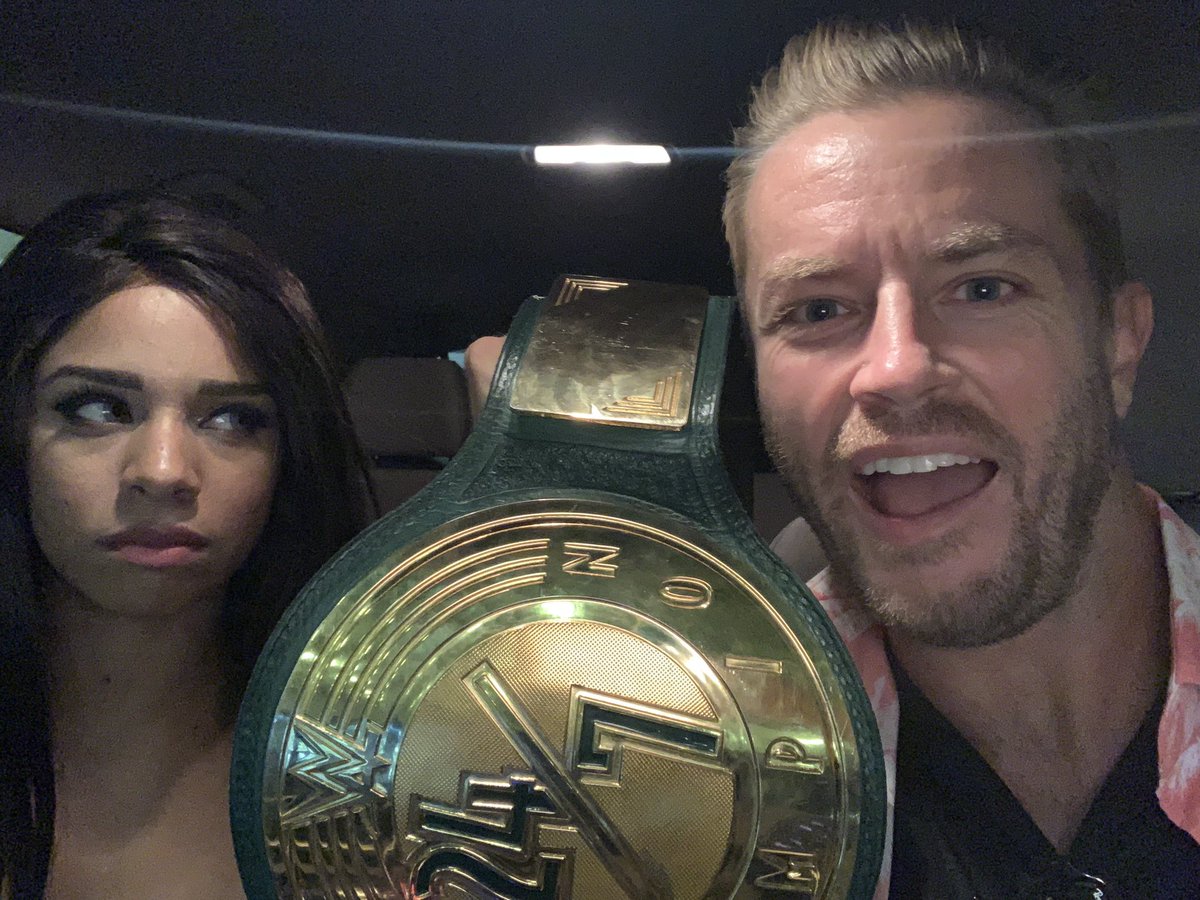 After previously losing the WWE 24/7 Title at his wedding, Drake Maverick regained the title on tonight's WWE RAW episode, which was billed as his honeymoon with wife Renee Michelle. Michelle, a former Mae Young Classic competitor, appeared on TV with Drake for angles backstage and at ringside.

This is the beginning of Drake's second reign with the WWE 24/7 Title. Truth began his eighth reign back on the June 24 RAW episode.

Below are a few shots from tonight's angles at the American Airlines Center in Dallas, TX, along with a post-show tweet from Drake:

OH, THIS HONEYMOON JUST GOT EVEN BETTER.@WWEMaverick is ONCE AGAIN #247Champion! #RAW pic.twitter.com/m2aSl9hdSk