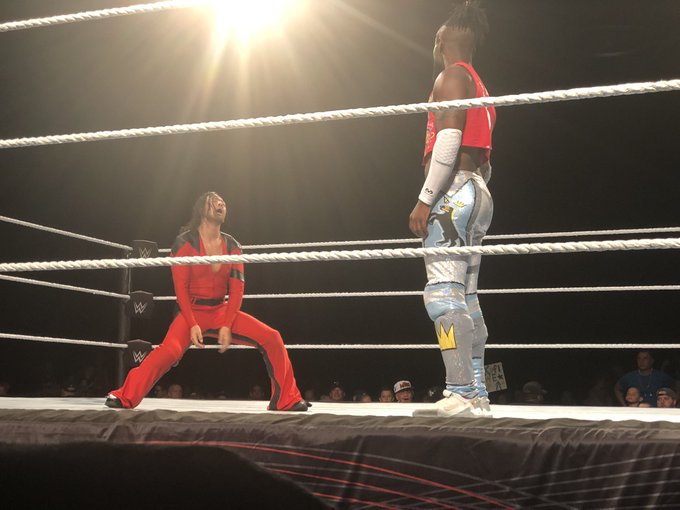 Thanks to AJ Bailey for the following WWE live event results from tonight's show in Poughkeepsie, New York:

* Matt Hardy, Apollo Crews and Chad Gable defeated The Authors of Pain and Bo Dallas when Hardy pinned Dallas with a Twist of Fate. AOP called for real competition and out came Heavy Machinery

* Heavy Machinery defeated The Authors of Pain with The Compactor

* Elias came out for a song but he was interrupted by SmackDown Tag Team Champions Xavier Woods with his trombone. They tried to sing together but Elias attacked Woods

* Xavier Woods defeated Elias with the flying elbow drop. Elias took the mic after the match and started insulting the people of Poughkeepsie until Kevin Owens ran in and delivered a Stunner for a huge pop

* Ali defeated Buddy Murphy with a tornado DDT from the corner

* WWE Champion Kofi Kingston retained over WWE Intercontinental Champion Shinsuke Nakamura in the main event. Only Kofi's title was up for grabs here. Kofi won with Trouble In Paradise