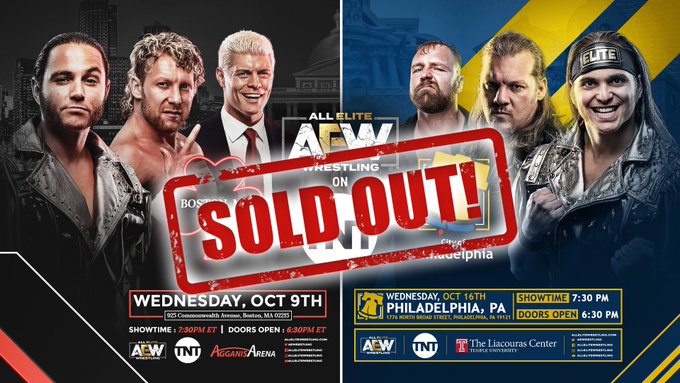 The second and third AEW on TNT TV tapings quickly sold out today.

As noted, the premiere AEW TNT episode from the Capital One Arena in Washington, DC on October 2 went on sale last month and sold out in around two hours.

Below are the updated line-ups for the first three AEW on TNT episodes, along with today's announcement and the seating charts for the Boston and Philly tapings: