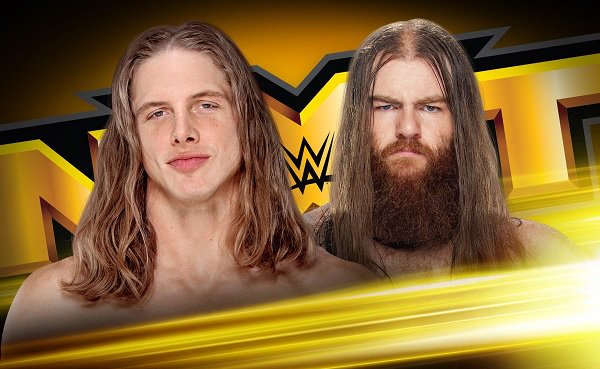 * NXT General Manager William Regal comes out for a contract signing for the NXT Tag Team Titles match at Takeover: Toronto between champions The Street Profits and The Undisputed Era. Regal goes to introduce UE, but the Profits do the introductions, doing the New Age Outlaws schtick, introducing the "next tag team to get their ass kicked by the Street Profits: O'Reilly Auto Parts and Lawrence Fishburn Jr." Undisputed out, Bobby Fish says that was funny, but he forgot to laugh. Kyle O'Reilly says he remembered to laugh, but didn't because it wasn't funny. Bobby says they're funnier than them, and asks Kyle to tell him the joke he heard earlier. Kyle says the joke is "the Street Profits are NXT Tag Team Champions." Everyone, including the Profits, laughs. The Profits run down Undisputed's accomplishments, but then asks them what makes them think losing is an option for the Street Profits. They say there is only one option and that's to win. The crowd chants win with them. Dawkins says in Toronto, the Street Profits are gonna beat that ass, and that is Undisputed. Everyone signs the contract and Regal makes the match official

* Shane Thorne defeated Joaquin Wilde. Good back and forth for most of the match. Wilde with a big powerbomb out of the corner for 2. Shane with a big uppercut. Wilde with a popup boot, the through the middle rope DDT and a flip dive. Shane rolls in at 9, then rolls back out. Shane tosses Wilde into the ring post, the steps, the ramp, and the apron, rolls him in the ring, and hits a running grounded knee for the win