WWE King Of The Ring Tournament Returning To RAW 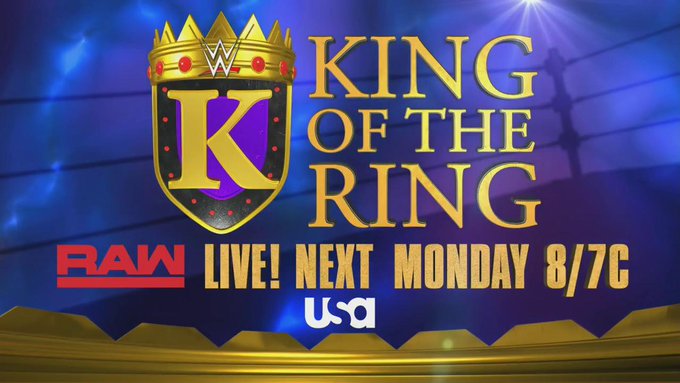 The King of the Ring tournament will be returning on next week's WWE RAW.

WWE has announced that next Monday's RAW from the Xcel Energy Center in St. Paul, Minnesota will feature the return of the KOTR tournament, apparently for just one night.

There's no word yet on participants for next week's tournament, but we will keep you updated.

The last King of the Ring tournament took place on April 28, 2015, and was won by Bad News Barrett.