WWE will be moving forward with new theme songs and logos for their main TV shows next week for Premiere Week. As noted, there has also been talk of introducing new stages & sets for RAW and SmackDown as well.

We noted before how "Are You Ready" by AC/DC will likely be the new SmackDown theme song as it had been used in new promos for next Friday's SmackDown FOX premiere. It was also speculated that "Legendary" by Skillet would be the new theme song for RAW as it was used in a promo for Monday's season premiere episode.

As seen in the video tweet below, WWE confirmed today that Skillet's "Legendary" is a new theme song for the red brand.

On a related note, it was reported today by @Wrestlevotes that the show-opening intro videos will be returning to RAW and SmackDown next week, featuring the aforementioned theme songs. It was also noted in the report that "Legendary" and "Are You Ready" will be used in those intro videos.

You can see a shot of the new logos with the current logos below: (H/T CBS Sports) 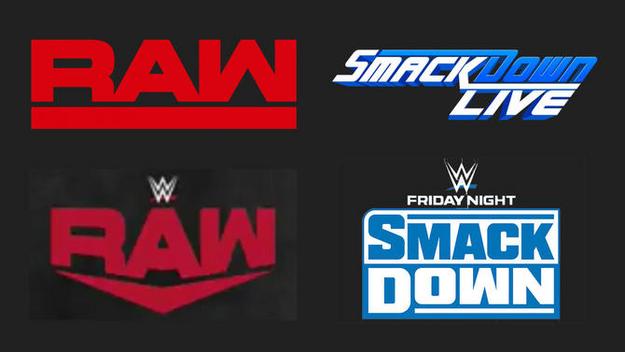 Below are the current line-ups for next week's WWE Hell In a Cell go-home episodes - Monday's RAW season premiere from the Talking Stick Resort Arena in Phoenix and Friday's SmackDown FOX premiere from the Staples Center in Los Angeles, which will also be SmackDown 20th Anniversary show, along with WWE's tweet on the new RAW theme song and the accompanying music videos:

* Kevin Owens vs. Shane McMahon in a Ladder Match with their jobs on the line

It's time to show your full potential. "Legendary" by @skilletmusic is an Official Theme Song of #RAW. pic.twitter.com/9Fpq5w7YVN

AC/DC's "Are You Ready" music video:

.@TrueKofi is confident, but can he BEAT #TheBeast @BrockLesnar? The #WWEChampionship is on the line NEXT FRIDAY on the @FOXTV #SDLive premiere! @HeymanHustle pic.twitter.com/G3iiCM39C4