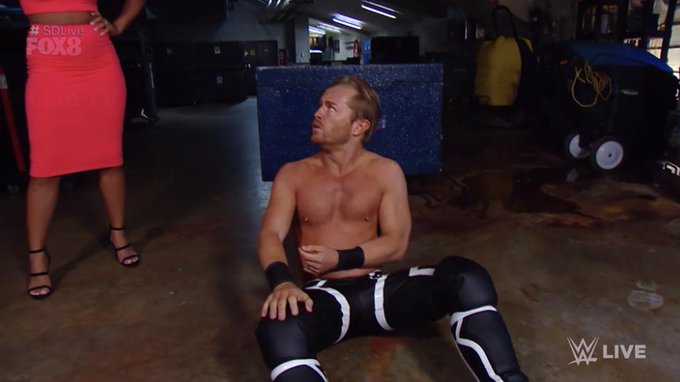 Tonight's WWE SmackDown episode ended with R-Truth as the WWE 24/7 Champion. The show began with Drake Maverick holding the title.

The title changes began when Drake was attacked by The Singh Brothers and The B Team backstage. The melee ended with Bo Dallas pinning Drake to win the title. Dallas, Drake, Curtis Axel, Gran Metalik and The Singh Brothers later appeared in the ring and that brawl ended with Drake winning the title back from Dallas. Drake went to leave up the ramp but he was attacked from behind by Truth, who got the pin to win the title back.

This is Truth's 14th reign with the 24/7 Title. Drake had his 6th reign on the show and Dallas had his 1st. Drake went into the show as champion after winning it from Elias on the August 27 SmackDown episode.

Below are a few shots from tonight's 24/7 Title changes at the Norfolk Scope Arena in Norfolk, VA:

The reveal we never knew we needed.@RonKillings gets the better of @WWEMaverick to become the NEW #247Champion!! #SDLive #247Title pic.twitter.com/yLKQBK39lz