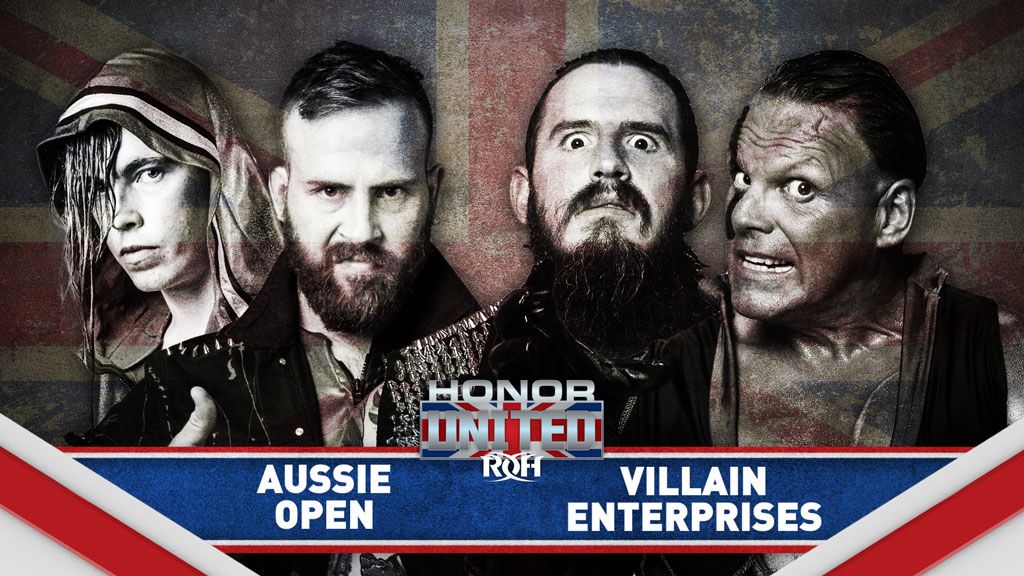 The first match announced is a tag team match, PCO and Brody King vs. Aussie Open (Kyle Fletcher and Mark Davis). The tag team match will be happening in London at York Hall on October 25.

The second match announced today is "Speedball" Mike Bailey vs. Bandido. The match will be taking place in Bolton on October 27 at the University of Bolton Stadium.

Jeff Cobb vs. Winner of the Matt Taven/RUSH match at Death Before Dishonor was announced earlier for Bolton.

Aussie Open, one of the hottest tag teams in Europe, will square off with PCO and Brody King of Villain Enterprises for the first time ever at ROH's Honor United UK tour stop in London on Oct. 25th! ????

Dream match gets thrown around a lot but @SpeedballBailey vs. @bandidowrestler in a @ringofhonor ring fits the bill!