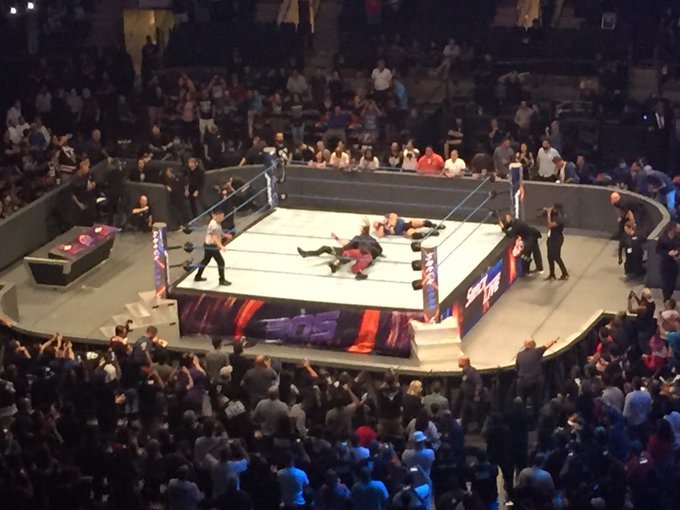 The dark main event after tonight's WWE 205 Live episode from Madison Square Garden in New York City saw "The Fiend" Bray Wyatt defeat The B Team's Bo Dallas and Curtis Axel in a 1-on-2 Handicap Match.

Wyatt squashed Axel and Dallas in the match. One fan noted on Twitter that the entrance and exit, and theatrics of The Fiend, went about as long as the actual match.

WWE may have booked Wyatt for tonight's dark main event because he had been advertised to appear at Monday's RAW, also from the same venue, and this was one way to get him live in front of the MSG crowd. Wyatt appeared in a Firefly Fun House segment during RAW, but he did not appear in front of the live crowd.

Below are a few photos and videos from The Fiend's win over Axel and Dallas at MSG tonight:

.@WWEBrayWyatt defeated The B-Team in about a minute in the post-event dark match. Thanks to @Jodyjoe_dGarner pic.twitter.com/rezxhMXz62