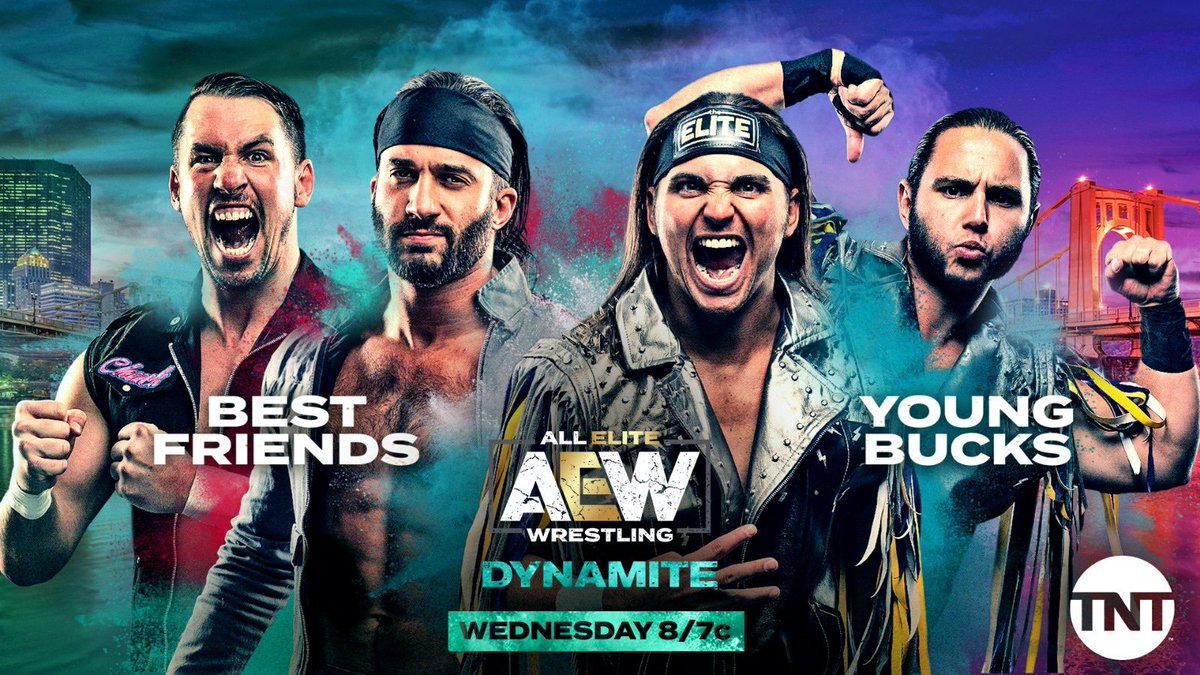 AEW has just announced The Young Bucks vs. The Best Friends for Wednesday's Dynamite episode.

Both teams were eliminated from the tournament to crown the first-ever AEW World Tag Team Champions on last Wednesday's Dynamite episode as The Bucks lost to Private Party, and Best Friends lost to SoCal Uncensored.

Wednesday's show takes place from the Petersen Events Center in Pittsburgh, Pennsylvania. Below is the updated line-up:

* Britt Baker will be in action in her hometown

Stay tuned for updates on Wednesday's Dynamite episode and be sure to join us for live coverage at 8pm ET.

Previous Article
Brandi Rhodes Talks AEW Women's Division, Why She Wants Aubrey Edwards Reffing Her Matches
Next Article
Mark Henry On Wanting To Leave A Fingerprint In The WWE, How Traveling Is Hard For Guys Like Him