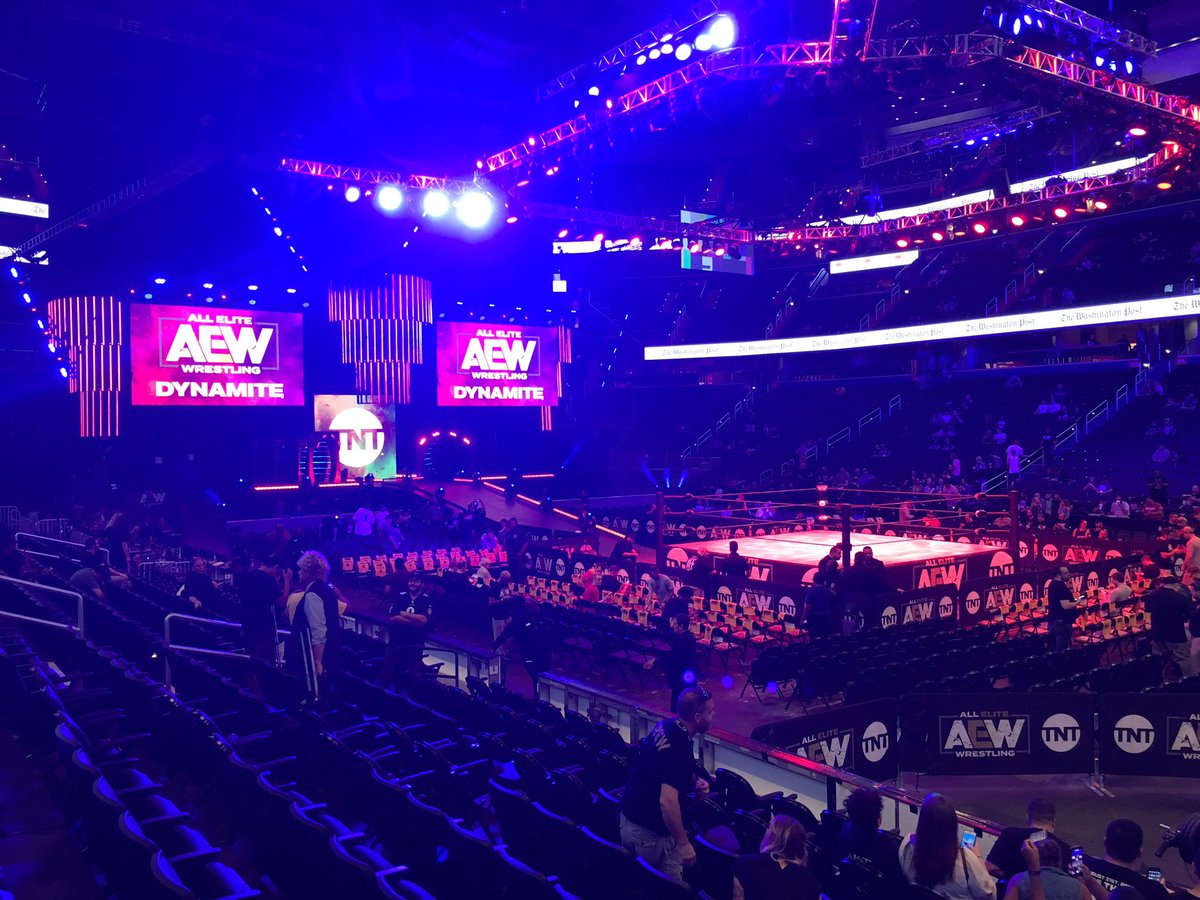 Wrestling Inc. is live at the Capital One Arena in Washington D.C. for AEW Dynamite tonight, and we will be attending the post-event scrum. Check back here for news and interviews from the show.

Wrestling Inc. has also learned that there will be dark matches held after the event. We will have results of those this evening. The media scrums will start shortly after and we are planning to live stream them on our Twitter account, which we will post on the site.

Below are photos from the arena, including the set, the crowd outside of the arena and more:

Here it is! The set for the first eeeeeever episode of @AEWonTNT!

Look who @WIncRebel ran into backstage ahead of #AEW's debut on TNT, @dustinrhodes!

Outside the Capital One Arena before the inaugural episode of @AEWrestling's @AEWonTNT #AEW debut!