The WWE Network averaged 1.511 million paid subscribers in the third quarter of 2019, according to today’s Q3 2019 WWE earnings report. It is slightly lower than the 1.53 million subscribers projected for the quarter from the last quarterly earnings report. The number is down 9.2% from the same quarter the prior year quarter.

In the second quarter of this year, WWE averaged 1.688 million subscribers, so Network subscriptions dropped 10.5% from the last quarter. 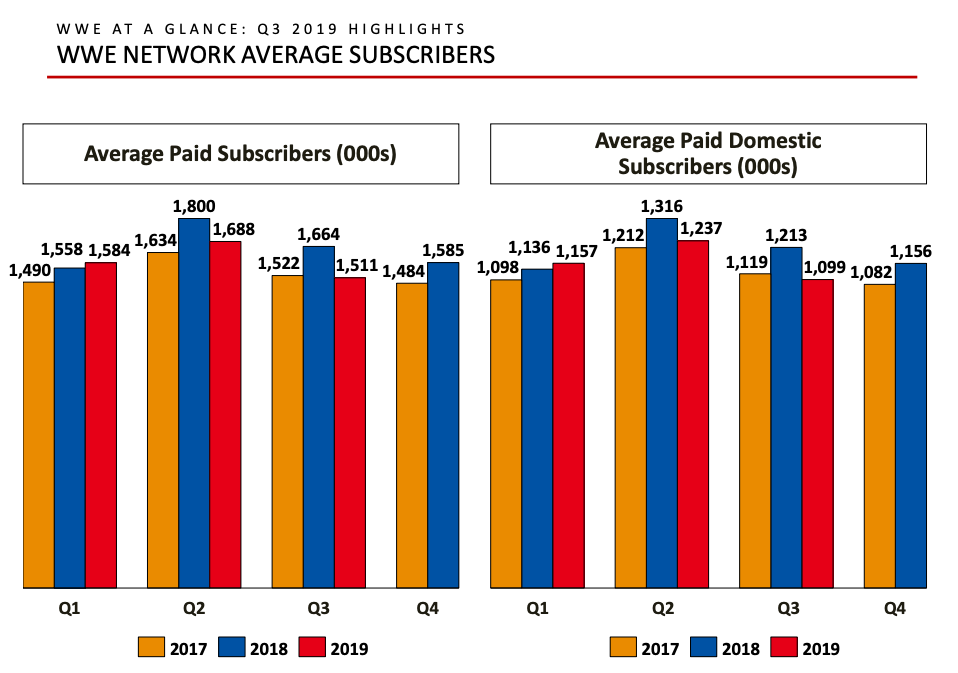 During today’s investor’s media call, WWE Co-President George Barrios stated that the main driver of the Network are the pay-per-view events and other big events like Takeovers. WWE remains excited about the future of the Network and the value. Barrios believes that changes to the network like the localization of content and the tiered pricing system with free tier plans will help contribute to its growth. 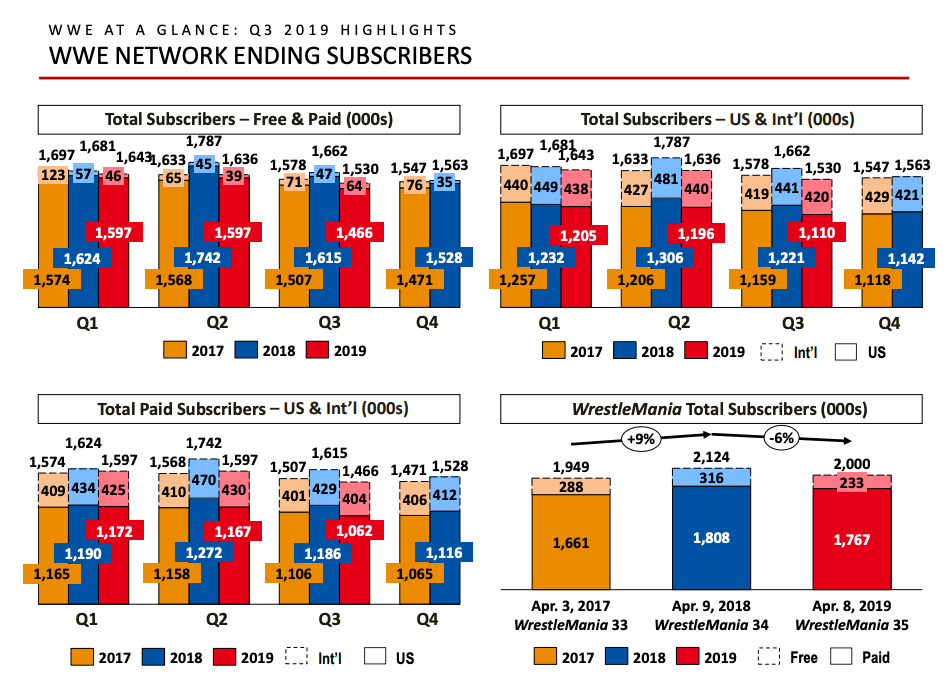