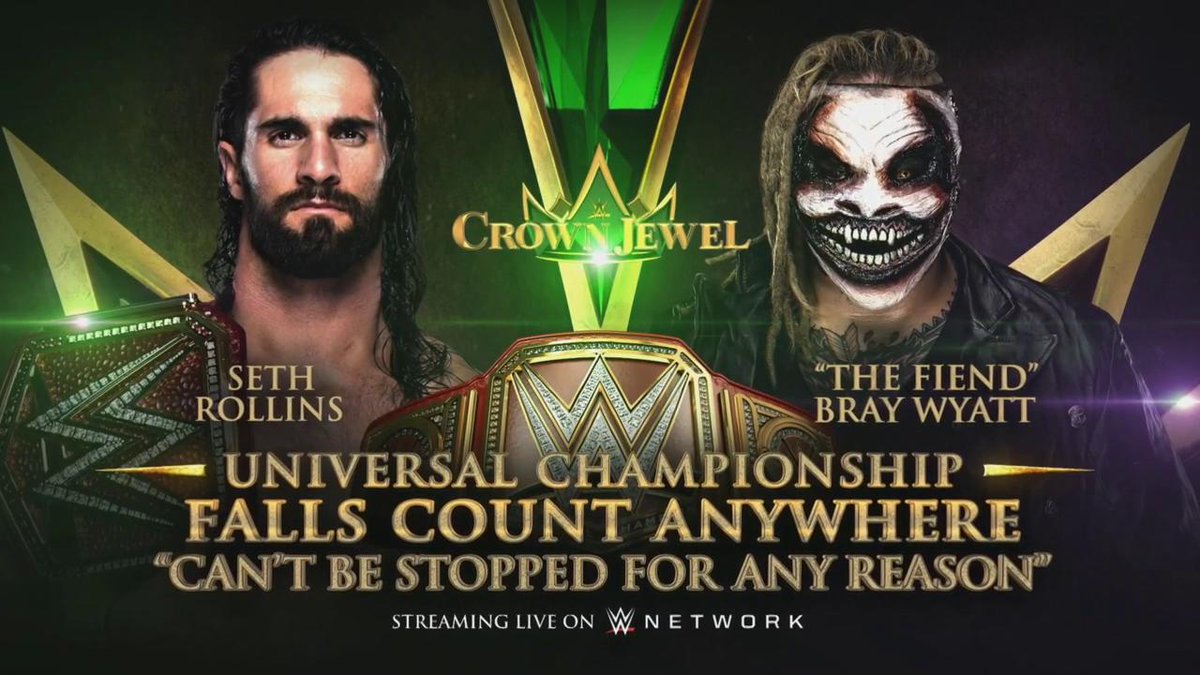 Roman Reigns has been announced as the new Team Captain for Team Hogan at WWE Crown Jewel.

As noted, WWE Universal Champion Seth Rollins was pulled from the big ten-man Team Hogan vs. Team Flair match due to his Falls Count Anywhere title defense against "The Fiend" Bray Wyatt that same night. WWE announced on tonight's SmackDown that Reigns will be the new Team Captain.

It was also announced that Ali and "Shorty G" Chad Gable will be on Team Hogan.

Speaking of The Fiend vs. Rollins, it's been announced that their Falls Count Anywhere match cannot be stopped for any reason.

WWE Crown Jewel 2019 will take place on Halloween, Thursday, October 31, from the King Fahd International Stadium in Riyadh, Saudi Arabia. The event will air live on the WWE Network at 1pm ET, with the Kickoff pre-show starting at 12pm ET.

Below is the current announced Crown Jewel card. Stay tuned for updates on the big event.

World Cup Tag Team Turmoil Match
RAW Tag Team Champions The Viking Raiders vs. SmackDown Tag Team Champions The Revival vs. The New Day vs. Dolph Ziggler and Robert Roode vs. Heavy Machinery vs. Lucha House Party vs. Zack Ryder and Curt Hawkins vs. The OC vs. The B Team
Winners will be crowned World Cup winners and the Greatest Tag Team In the World.