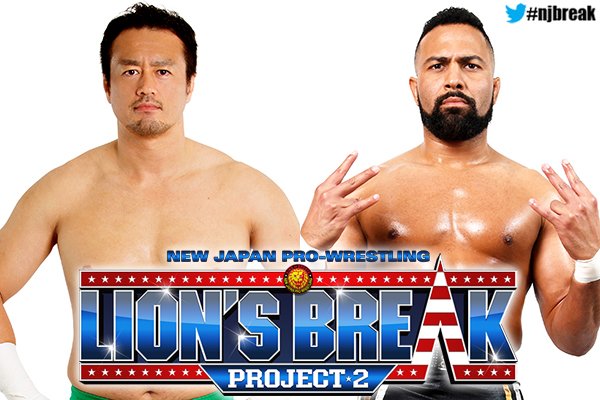 New Japan Pro-Wrestling has just announced more wrestlers that will be coming to Chara Expo 2019. At Chara Expo, NJPW will be doing Lion's Break Project 2, an event that will give attendees a taste of NJPW action.

Chara Expo will be December 7 through December 8 at the Anaheim Convention Center in Anaheim, California.

NJPW will be announcing ticket and card details soon.

Big names added to the lineup for Lion's Break Project 2 at Chara Expo!

Ryusuke Taguchi, Rocky Romero, Yoshinobu Kanemaru, El Desperado and Taiji Ishimori are all part of the action for the last NJPW matches in America this year!https://t.co/h7tEZPYrXz#NJoA #njbreak pic.twitter.com/S93byzyIZt