NJPW To Allow Video Recording During Showdown In LA 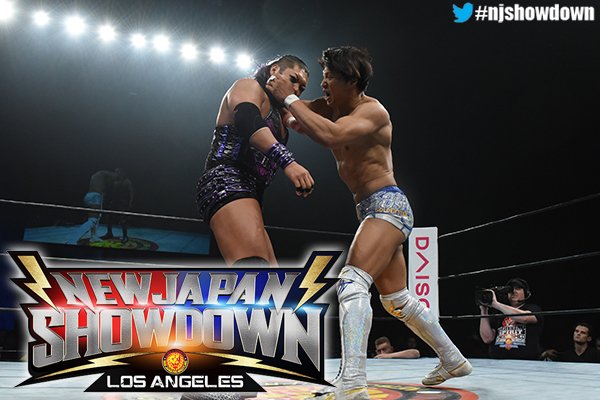 NJPW is calling the November 11 event, "Social Media Showdown." The event is to honor the inauguration of New Japan Pro-Wrestling America.

There are a few rules that NJPW shared for fans before they start filming and uploading:

* Feel free to film and share the action from all the matches. We ask that fans refrain from filming entrances and the event open.

* When you share video, keep clips to no longer than 30 seconds, and use hashtags #NJoA and #njshowdown to make sure your message gets spread far and wide!

* Shooting video for commercial use is prohibited.

Showdown in LA will be at the Globe Theater in Los Angeles.

Make sure the world gets the feel of NJPW live, from EVERY angle!
Share 30 sec. clips with #njshowdown!
Details: https://t.co/FrKCFFmDVo#NJoA pic.twitter.com/FVOFwFD1TS