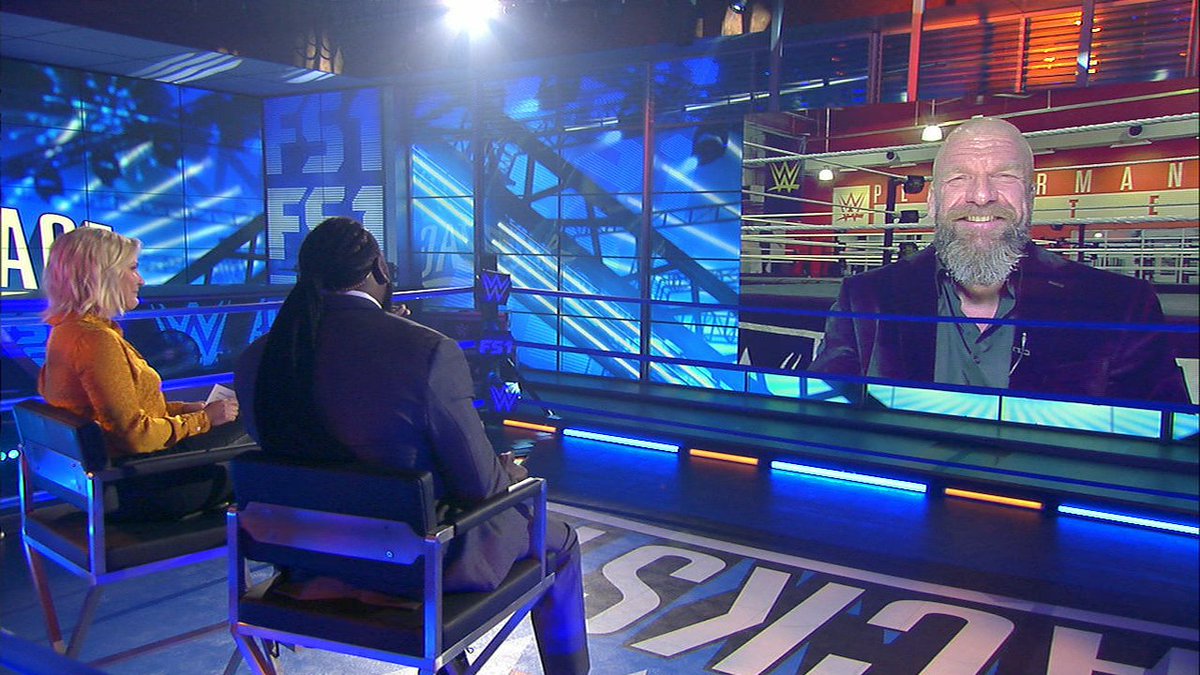 Triple H appeared on tonight's WWE Backstage preview show on FS1 to reveal the big "blockbuster trade" that has been teased since Monday's RAW. Video from the segment can be seen at the end of this post.

Speaking with hosts Renee Young and WWE Hall of Famer Booker T, Triple H revealed that Alexa Bliss and Nikki Cross will be moving to SmackDown from RAW.

There had been a lot of talk about Cross and Bliss being drafted to RAW as singles competitors on last Friday's SmackDown. They are now officially back together as a tag team on the roster.

There's no word yet on if RAW will receive picks from the trade, but it seems like they should.

As noted, WWE announced earlier today that Prichard is replacing Eric Bischoff as the blue brand Executive Director. Bischoff is no longer with WWE. Triple H spoke about Prichard's new WWE role and said he doesn't know all the details, but he is excited for it. He praised Prichard for his experience, and said he thinks with Prichard at the helm of SmackDown, he can bring the show into the realm that it needs to be, to be worthy of being on FOX and everything that comes along with it. Triple H called the Executive Director change a great move and said he believes Prichard will do amazing things in the role. He also said the way he understands it, Prichard is already making big moves for the blue brand behind-the-scenes. That's when he revealed the trade with Cross and Bliss.

The WWE Backstage show will officially premiere on Tuesday, November 5 at 11pm ET on FS1. Tonight's broadcast is a special preview show.

Below is a current look at the WWE rosters from the 2019 Draft picks, not including Superstars who are currently inactive. Stay tuned for updates on the free agents.

As announced by @WWE COO @TripleH on @WWE Backstage, @AlexaBliss_WWE & @NikkiCrossWWE have been traded to @WWE Friday Night SmackDown.

In exchange #RAW will get future draft pick considerations. pic.twitter.com/DiZGFbloyy

Chris Listman contributed to this article.