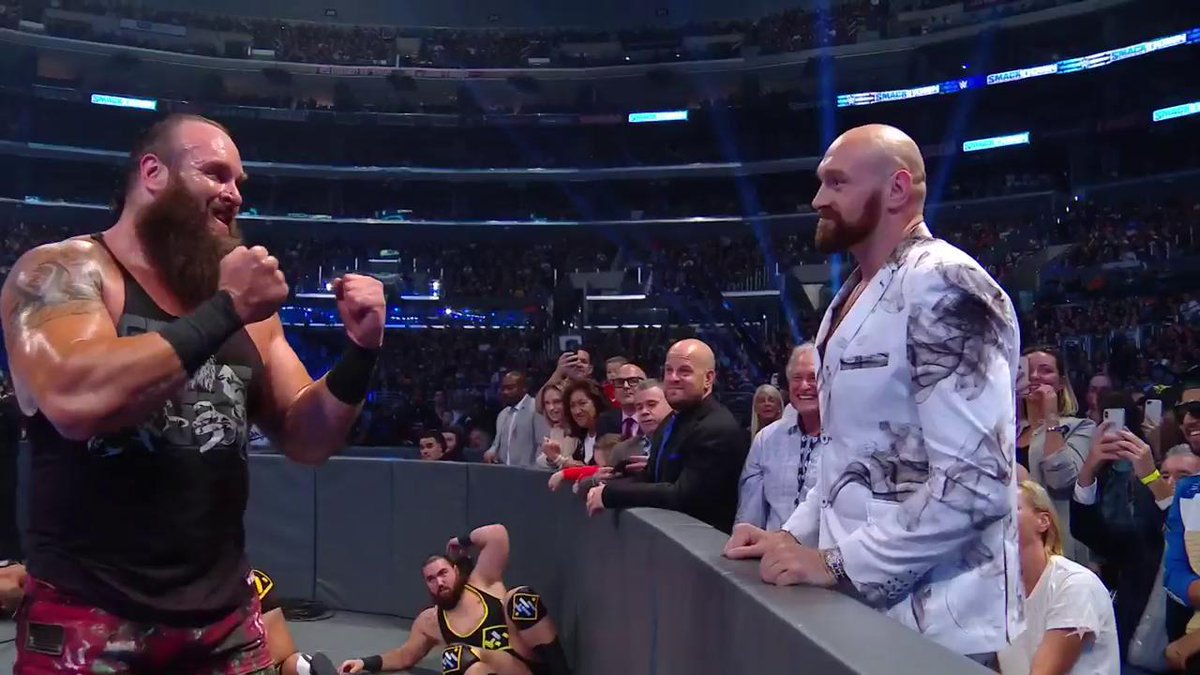 There's now speculation on WWE planning to do Braun Strowman vs. professional boxer Tyson Fury in a wrestling match.

Heavyweight Fury was one of the celebrities shown at ringside for tonight's SmackDown FOX premiere and 20th Anniversary special. Strowman teamed up with Heavy Machinery and The Miz to defeat RAW Tag Team Champions Robert Roode and Dolph Ziggler, Randy Orton and WWE United States Champion AJ Styles in eight-man action. That match saw a brief altercation between Strowman and Fury, which later led to an incident where security had to get in between them.

There's no word yet on if WWE has plans for Fury to get in the ring, but we will keep you updated.

Below are a few shots from tonight's angle at the Staples Center in Los Angeles:

.@Tyson_Fury is IN THE HOUSE for Friday Night #SmackDown! pic.twitter.com/mJq7JONKuX

It looks like @Tyson_Fury wants to get his hands on @BraunStrowman! #SmackDown @FOXTV pic.twitter.com/JPfUNEaC6X

You DON'T want to stoke the FURY of @Tyson_Fury! #SmackDown pic.twitter.com/tK8x5TbiOH