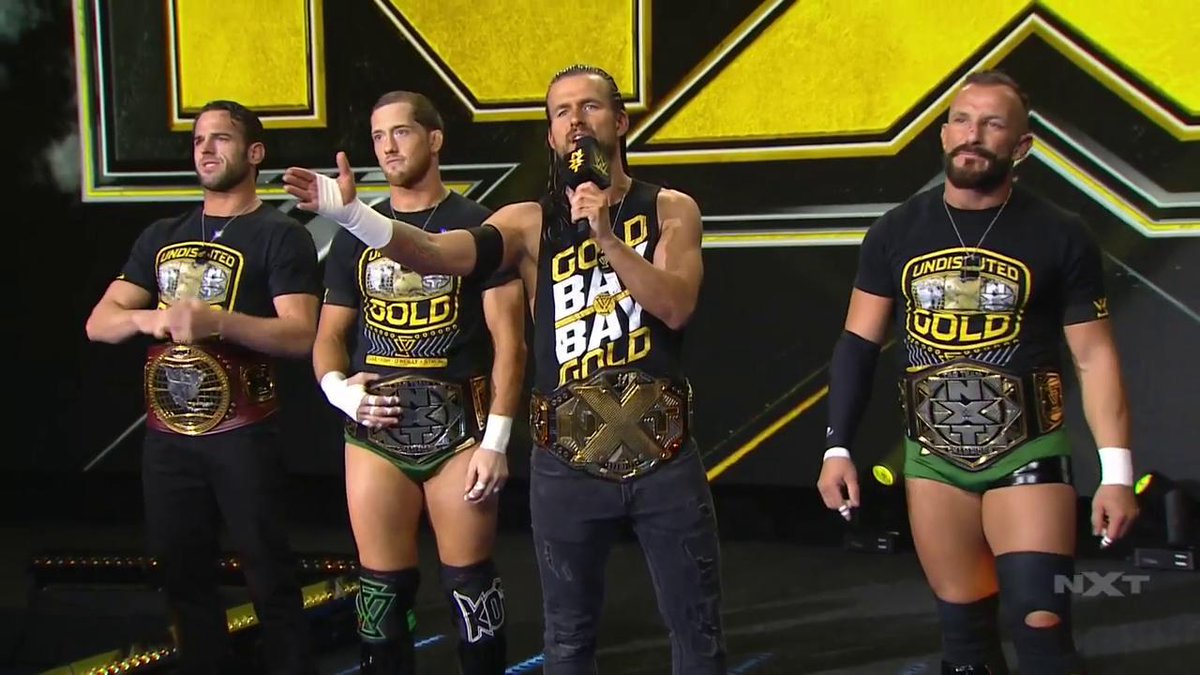 The opening match saw Fish and Kyle O'Reilly defend their NXT Tag Team Titles against Keith Lee and Dominik Dijakovic. The match went for a few minutes until they went to a commercial break, right after Lee had tossed the champions out of the ring onto each other.

The show came back from commercial with NXT North American Champion Roderick Strong, in street clothes, working the match as O'Reilly's partner under the Freebird Rule. The announcers noted that NXT General Manager William Regal had ordered Strong to fill in for Fish, due to medical reasons. The match was still for the titles. It was later noted during commentary that Lee had injured Fish, apparently on the spot they did right before the commercial break.

Strong and O'Reilly ended up retaining their titles, with a quick assist from NXT Champion Adam Cole. There's no word yet on what exactly happened to Fish, but stay tuned as we will keep you updated.

Below are a few shots of The Undisputed Era and the opener:

.@theBobbyFish has just been replaced by @roderickstrong in this #NXTTagTitles matchup due to an injury. #WWENXT