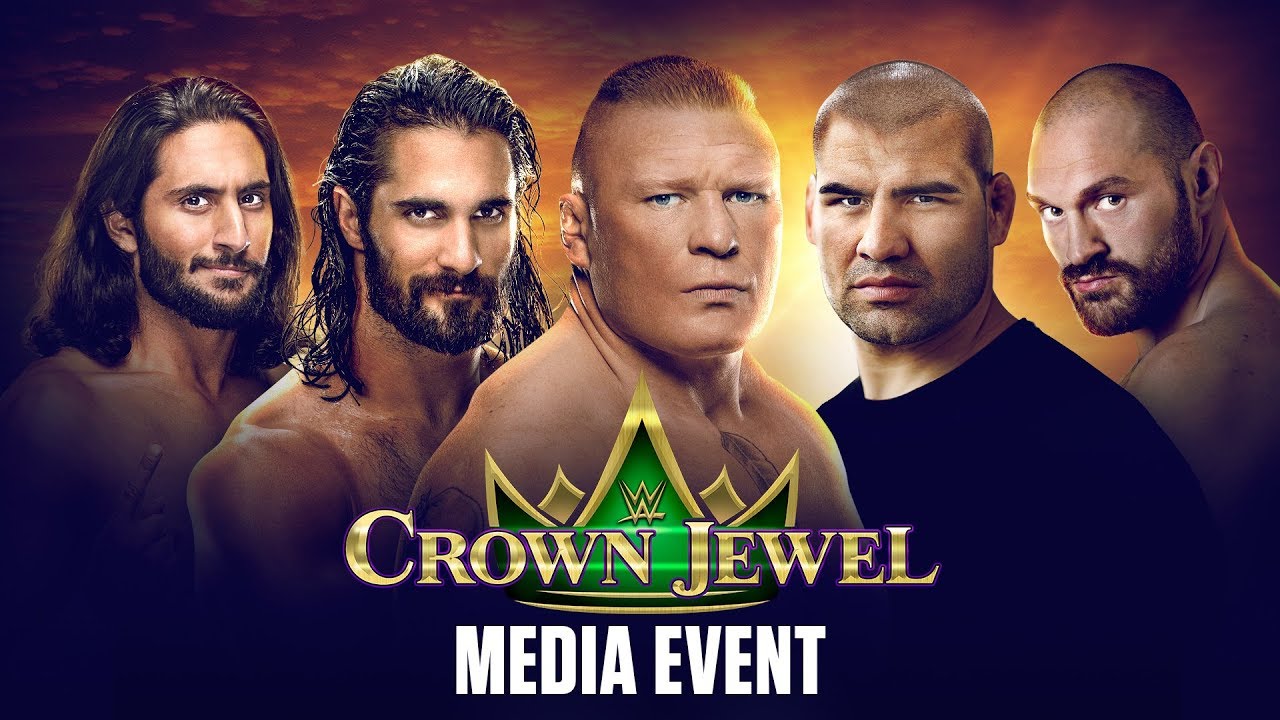 As previously reported, WWE SmackDown commentator Corey Graves spoke on the After The Bell podcast this week about the controversy coming out of Saudi Arabia last weekend regarding the company's delayed flight out of the Middle East. Though he's had several pleasant experiences visiting Saudi Arabia in the past, Graves admitted that the situation that took place at the airport was "unusual."

"We went over to Saudi Arabia for Crown Jewel as we have done, I believe, four times now. It was an awesome experience; the travel over there was easy, it was fun, we were all on this enormous charter jet, had a great time," Corey said. "We got there the night before, had a day off to spend in Saudi Arabia. And let me be the one to say that I had my reservations the first time I went over there, as well. But the people over there have been nothing but gracious. The service, the food, the hotels, everything was high class, very enjoyable. And again, I'm speaking for myself personally I've had no negative experiences aside from the fact that my body did not adjust to Saudi time which, I believe, is seven hours ahead of East Coast time. But Crown Jewel the experience was awesome, the event surpassed any expectations but we'll get to all that later.

"[The airport situation] was weird, it was definitely unusual," Corey admitted. "We got to the airport immediately after the Crown Jewel event. There were a litany of delays and no one seemed to be able to get a surefire answer as to what was causing the delays. We heard everything from the fuel truck was parked on the runway and the guy that drove the fuel truck wasn't there. There were literally ten or fifteen reasons why we couldn't get on the plane. Everyone was exhausted - we just wanted to get on the plane, get some sleep, and get ready to head back to the states to Buffalo for SmackDown."

Corey recalls a tedious process of the pilots attempting to locate what exactly the mechanical issue was with the plane. Once they had gotten everything situated, the flight crew was ready to clock out for the evening.

"As has been well publicized, there have been quite a few theories as to what actually happened," Corey said. "Long story short, and again, I'm speaking from personal experience. This is all I know - we got in the plane, we were all in our seats ready to take off. The flight crew (shout out to them by the way because they were awesome on the way over) came around and took our food orders for the flight, but there was some confusion regarding the pilots. I was seated in the upper deck right outside the cockpit. Pilots were going back and forth; there was some sort of mechanical issue. I am not an airline pilot. I can barely wind my own watch so I don't know exactly the ins and outs and why they all happen. We sat on the plane for a while, they shut the plane down, restarted it to see if whatever they were attempting to fix had worked, it hadn't worked. In the time to get all of this done, the flight crew had timed out and we were all informed that we would not be taking off. They de-planed everybody."

As previously reported, Graves discussed several SmackDown talents advertised for SmackDown on Friday, who have been dubbed by some wrestlers as "The Saudi 20", being asked by management if they would be willing to charter another flight to make it in time for the show. The talent agreed and took another flight, however were unable to make it to the show in time.

Graves addressed the various rumors that emerged after the flight delay happened, including rumor that Vince McMahon purposefully left the talent behind in some sort of panic. He says that there's no truth to this. Vince apparently always exits after the final match of the night takes place so that he can continue on with business.

"What really got to me was when the rumors started coming out, the first one being that Vince left everybody in Saudi Arabia. That's not true and I'm going to tell you why - if you work here, you know that every week no matter where on the planet Earth we are, as soon as the final bell rings, as soon as it's made sure that all the talent's okay or whoever was in the last match, Vince gets on his jet and goes home or to the next city because the guy is busy running WWE," Graves explained. So, it might be a sexy headline going, 'Oh, Vince left before everybody. Everybody was stuck except for Vince, and Brock, and whoever had private charter flights. When you're Brock Lesnar, you get certain perks. When you're Tyson Fury and you're one of the biggest names in sports, you get to fly on your own jet. When you're Hulk Hogan and Ric Flair, yeah, you've earned that. So, it wasn't like he said, 'To hell with the talent, to hell with the crew.' Vince did exactly what he has done every week without fail."

You can listen to the full interview below. If you use any quotes from this article, please credit After the Bell with a h/t to Wrestling Inc. for the transcription.