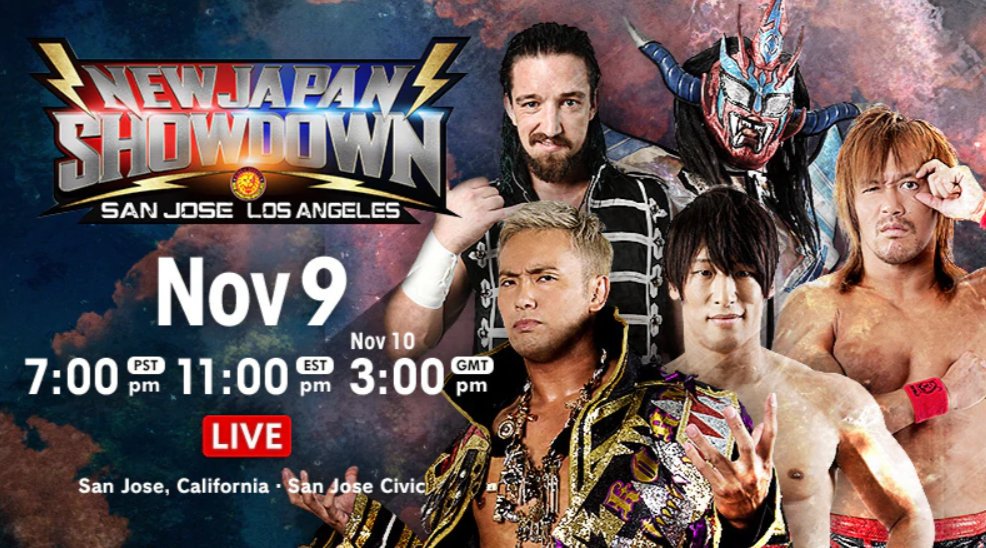 New Japan Showdown in San Jose was tonight at the San Jose Civic with Kazuchika Okada and Will Ospreay defeating Kota Ibushi and Amazing Red in the main event. Also, tonight was Jushin Liger's final match in the United States.

NJPW's next event will be NJPW Showdown in Los Angeles on November 11. Below is the lineup: