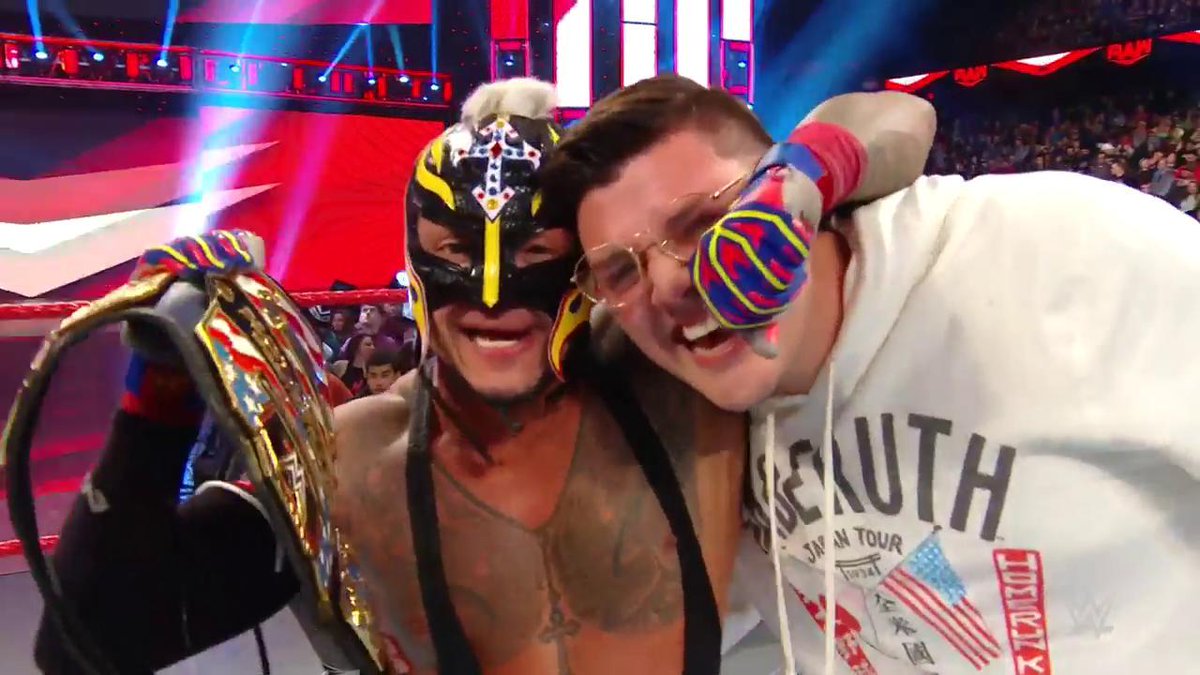 The match was originally supposed to be Styles defending against Humberto Carrillo, but The OC attacked Humberto at ringside. This led to Rey winning a Fatal 4 Way over Randy Orton, Ricochet and Drew McIntyre, to become the new #1 contender to AJ. Rey got his title shot right after the Fatal 4 Way. The finish of the title change saw interference from Luke Gallows, Karl Anderson, with Randy Orton making the save to help Rey take out AJ for the pin. After the match, Rey celebrated with his son Dominick.

This is Rey's second reign with the United States Title. AJ won it back at Extreme Rules on July 14, by defeating Ricochet.

Below are photos and videos from tonight's title change at the Allstate Arena near Chicago:

Does @reymysterio have a miracle in him tonight?