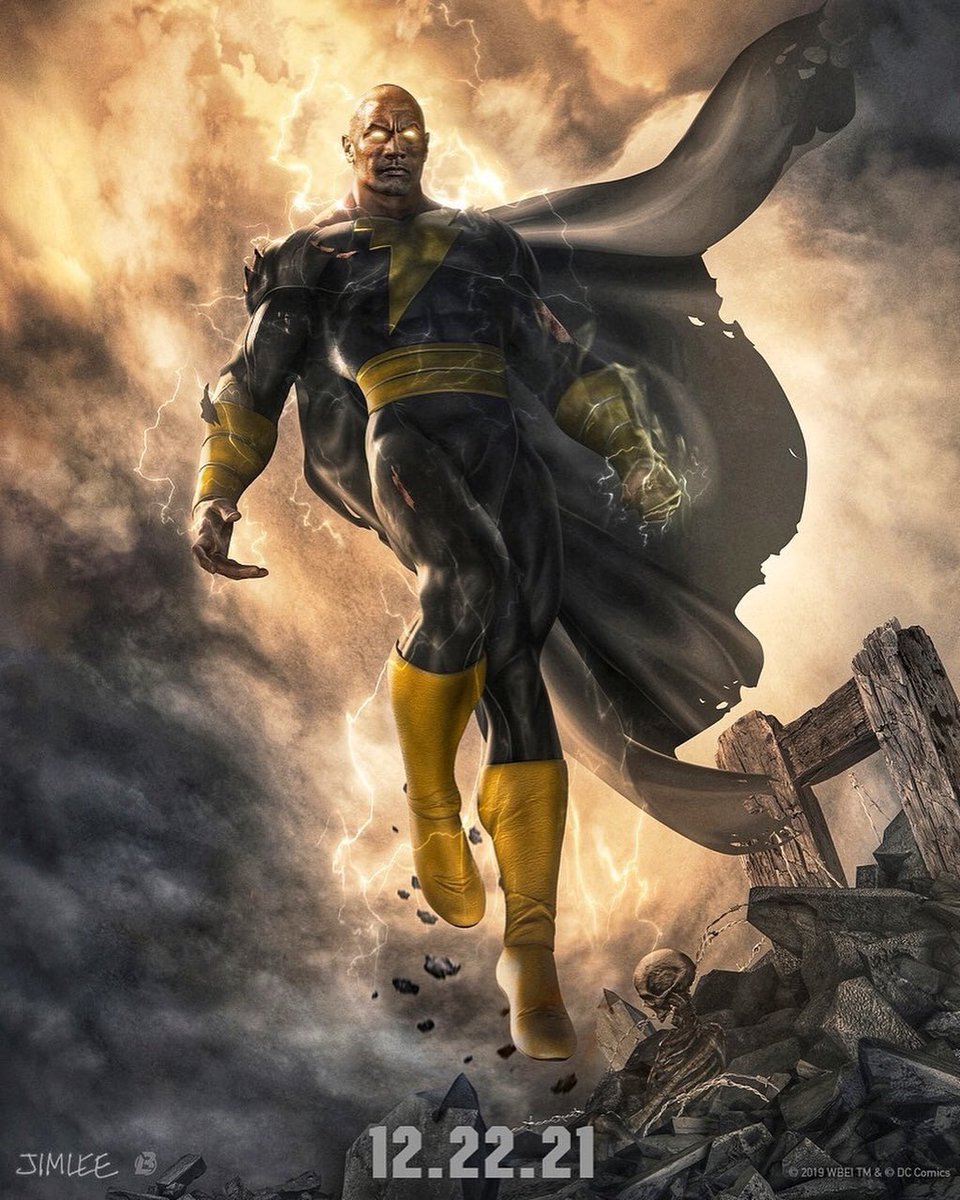 The Rock took to Facebook today to give the first look at his Black Adam character in the movie of the same name from DC Comics.

Rock revealed earlier this fall that production on the movie will begin in July. It is scheduled to be released on Wednesday, December 22, 2021.

The movie will focus on the origin on Black Adam, and will feature other DC characters. Rock has talked about how this is a movie role that is very important to him, one that he tried to land for a while. Rock will also serve as a producer for the movie, along with his Seven Bucks Productions company. Hiram Garcia of Seven Bucks recently noted that the film will be "gritty and violent." Jaume Collet-Serra will be the director.

The Man in Black
Like most kids growing up, I dreamed about being a superhero. Having cool superpowers, fighting for what's right and always protecting the people.
It all changed for me, when I was 10yrs old and was first introduced to the greatest superhero of all time - SUPERMAN.
As a kid, Superman was the hero I always wanted to be.
But, a few years into my fantasy, I realized that Superman was the hero, I could never be.
I was too rebellious. Too rambunctious. Too resistant to convention and authority.
Despite my troubles, I was still a good kid with a good heart - I just liked to do things my way.
Now, years later as a man, with the same DNA I had as a kid - my superhero dreams have come true.
I'm honored to join the iconic #DCUniverse and it's a true pleasure to become, BLACK ADAM.
BLACK ADAM is blessed by magic with the powers equal to SUPERMAN, but the difference is he doesn't toe the mark or walk the line.
He's a rebellious, one of a kind superhero, who'll always do what's right for the people - but he does it his way.
Truth and justice - the BLACK ADAM way.
This role is unlike any other I've ever played in my career and I'm grateful to the bone we'll all go on this journey together.
BLACK ADAM
12.22.21