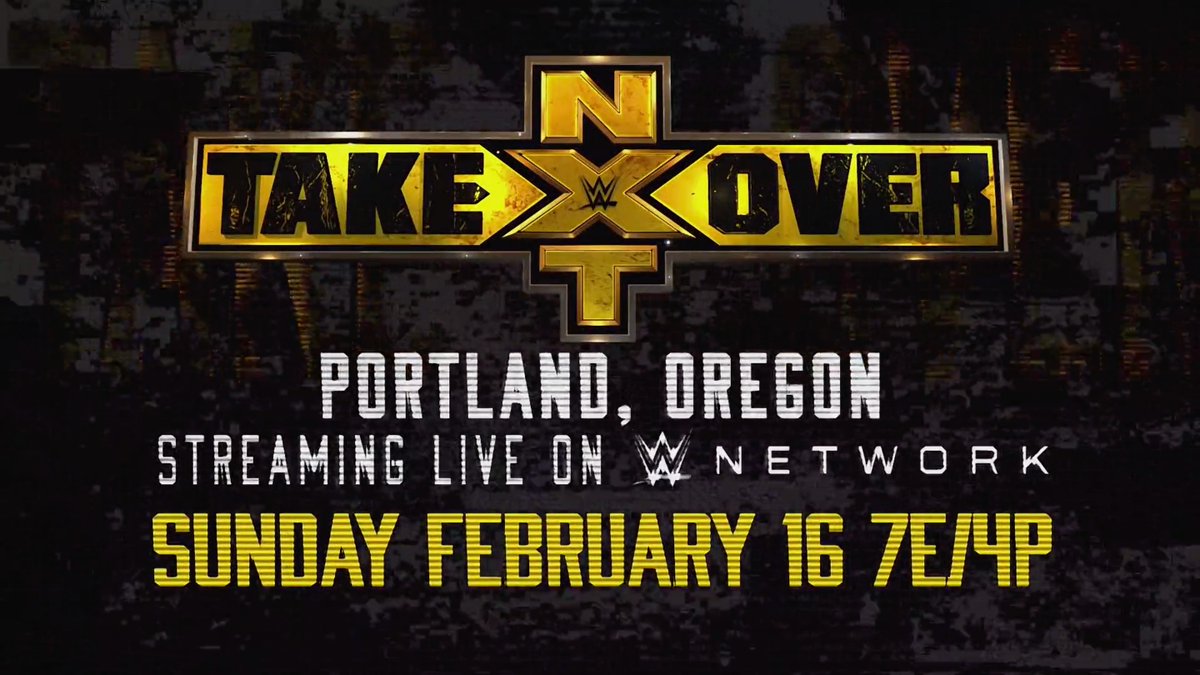 WWE NXT "Takeover: Portland" has been announced for Sunday, February 16.

There's no word yet on the venue, but we will keep you updated when ticket details are announced.

"Takeover: Portland" will be the first NXT special of 2020, and the first US Takeover to be held on a Sunday. It will air live on the WWE Network.

As noted before, the NXT UK "Takeover: Blackpool II" event has been announced for Sunday, January 12 from the Empress Ballroom in Blackpool, England.