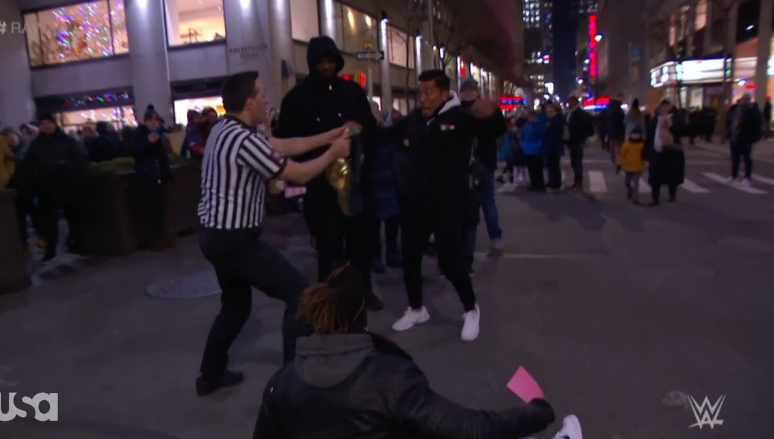 Tonight's taped RAW episode featured a segment that ended with Tozawa pinning R-Truth to capture the title. The segment was filmed at Times Square in New York City and saw Truth receive an invite to light what he thought was the Dwayne "The Rock" Johnson Christmas Tree. A random man informed Truth that his invitation was in Japanese, and it was the Rockefeller Center Christmas Tree, not The Rock's tree, which has been lit for weeks. Tozawa then appeared with a referee to roll Truth up.

This is Tozawa's first run with the WWE 24/7 Title. Truth won the title back on the December 2 RAW episode in a backstage segment. His 24th reign began by defeating NASCAR driver Kyle Busch for the title.

Below are a few shots from tonight's title change:

In the MIDDLE of Rockerfeller Center in New York City, @TozawaAkira has become the NEW #247Champion! #RAW pic.twitter.com/WQw1ln7z5X

.@RonKillings thought he was visiting @TheRock in #NYC but instead met @TozawaAkira in a match for the #247Title!!! #RAW pic.twitter.com/IzS4Y1QL7W