Angel Garza Gets Engaged In The Ring At WWE NXT 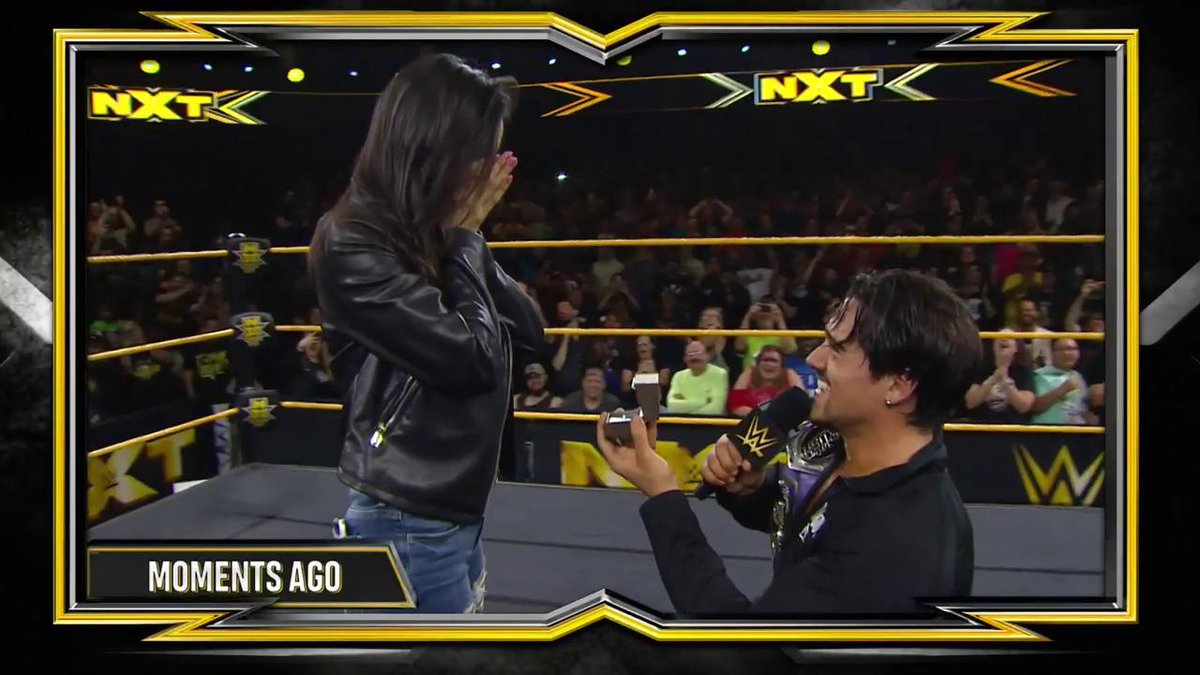 As noted, Garza defeated Lio Rush to capture the title during the opener of tonight's NXT TV episode on the USA Network. During the break, Garza took the mic and pointed out his family at ringside. Garza then brought his girlfriend into the ring and proposed to her, dropping to one knee and pulling a ring out. She said yes.

You can see the related tweets below:

What a night for the new #NXTCruiserweight Champ! #WWENXT pic.twitter.com/dPuwN2P2Ks