Cass wrote, “Hey @janelababy. Say one more word about me and your life will end. Real talk.#HowYouDoin”

The tweet was deleted just over an hour after it was posted.

There’s no word yet on what brought the comments on, but Cass and Janela had an incident back in September that could have ended with Cass going to jail, if it weren’t for Janela declining to press charges.

You can see a screenshot of the deleted tweet from Cass below: 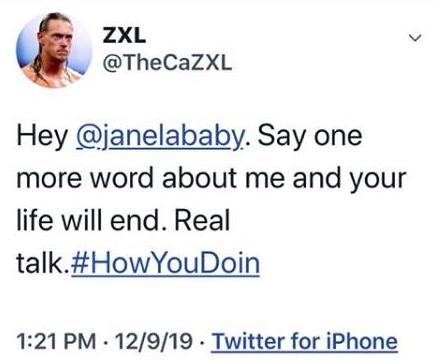