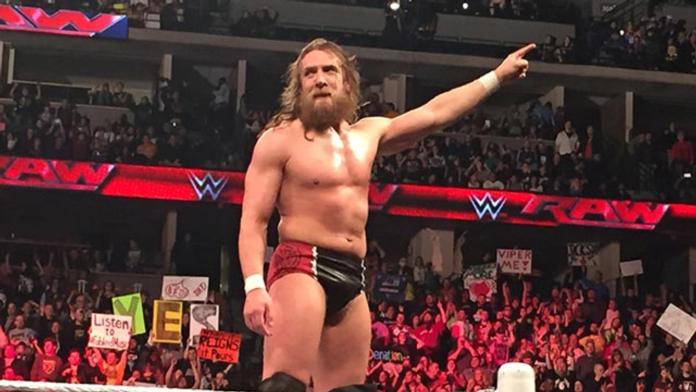 Daniel Bryan returned to WWE TV at tonight’s TLC pay-per-view with a mostly clean-shaven look, something we haven’t seen in a few years now.

Bryan was last seen a few weeks ago on SmackDown after The Fiend pulled him under the ring and started ripping his hair out. Bryan returned on tonight’s TLC pay-per-view following the singles match that saw WWE Universal Champion Bray Wyatt defeat The Miz. Wyatt worked the match as the “sweater version” from the Firefly Fun House, going back and forth from personalities, laughing for most of the match.

There was no sign of The Fiend until after the match when he appeared on the big screen. Wyatt was apparently then inspired to attack The Miz with The Fiend’s large mallet, which was hiding under the mat. Before Wyatt could use the mallet, the lights went down and it appeared as if The Fiend was going to appear at the same time as Wyatt. However, a hooded man appeared in the ring and attacked Wyatt. This was then revealed to be Bryan. Bryan unloaded on Wyatt as fans chanted “yes!” and chanted his name. The lights ended up going out and Bryan was left alone in the ring when they came back up. Wyatt did leave his WWE Universal Title belt in the ring and Bryan stared at it before leaving the ring. Bryan then led another “yes!” chant while standing on the stage and facing the crowd.

It looks like the big Bryan vs. Fiend match will take place at the 2020 WWE Royal Rumble pay-per-view on January 26 from Houston, but that has not been officially announced.

Below are a few shots from tonight’s match and post-match angle:

So this… is… happening?