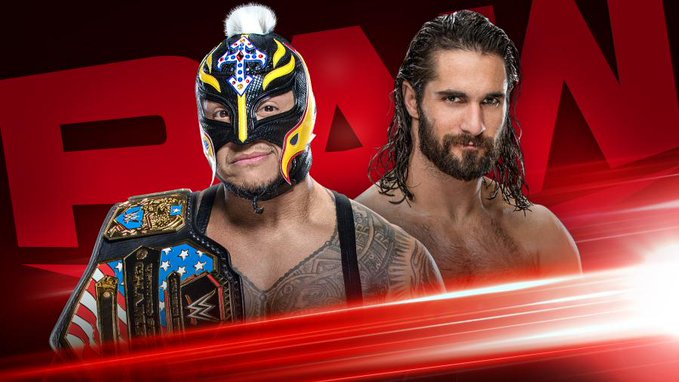 WWE taped the December 23 RAW episode from the Wells Fargo Center in Des Moines, Iowa. These spoilers will air next Monday night on the USA Network:

* The arena was decorated with Christmas trees and Christmas presents

* Kevin Owens defeated Mojo Rawley in a Christmas Street Fight. Owens snapped some on Mojo after the match and put him through a table, which may have been one of the decorations near the ring. Owens also cut a promo on Seth Rollins and AOP, calling them out. They came to the ring and beat Owens down

* Bobby Lashley defeated Cedric Alexander. Lana announced during the match that their wedding would take place next week. She warned Lashley to be careful and then the match resumed for the finish

* Drew McIntyre defeated Zack Ryder. Drew destroyed Curt Hawkins after the match and announced that his year will be 2020

* RAW Women's Champion Becky Lynch cuts a promo and issues a challenge to WWE Women's Tag Team Champion Asuka for a singles match. Asuka comes out and the match is agreed on for a later date but not made official for any event. Lynch told Asuka to name the place and time

* Rusev defeated No Way Jose. Rusev cut a promo on Lana and Bobby Lashley getting married and how they deserve each other. He's glad for them

* WWE United States Champion Rey Mysterio retained over Seth Rollins by DQ due to interference by AOP. They went to put Rey through the announce table but Samoa Joe wouldn't move for them. AOP beat Joe down and Rollins hit a Stomp on Mysterio to end the show. AOP and Rollins posed for the end

Thanks to Dan Bailey and Michael Lyons for the updates.