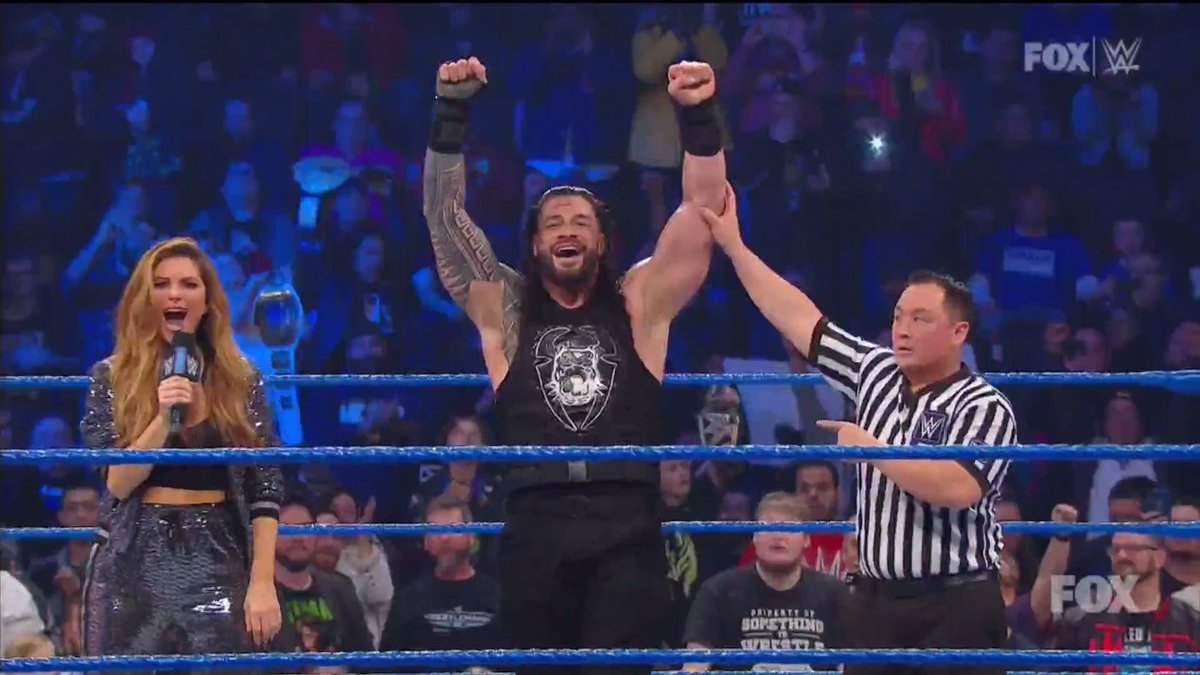 While he was in Times Square, R-Truth lost (and regained) the 24/7 title from Mojo Rawley. He was being interviewed by Maria Menonous when Mojo pinned him.

R-Truth got the title back after Elias hit Mojo with his guitar. Elias was in Times Square to sing a song to commemorate 2019.

Maria Menounos counted both of the pinfalls.

The winner of the FINAL @WWE match of the decade, 'The Big Dog' @WWERomanReigns! #NYEonFOX pic.twitter.com/tnGCZmqGkC

Watch the second part of @FOXTV's New Year's Eve beginning live at 11 p.m. for the countdown to the iconic ball drop!https://t.co/PMlaruMny3

#247Champion @RonKillings is ON THE SCENE for @FOXTV's New Year's Eve with @IAmSteveHarvey: Live from Times Square!

Tune in TONIGHT starting at 8 p.m. ET on FOX! pic.twitter.com/PljDa6Mh6Z

Me and my homegirl @mariamenounos celebrating my 24/7 Championship Victory in #TimesSquare on #FOX! Maria and I are working on a new partnership so stay tuned!! ?? @WWEonFOX #NYE2020 #NYEonFOX #STAYHYPED pic.twitter.com/3meBHQfvnK

Tune in to @FOXTV to catch ALL the action! pic.twitter.com/WYCeOoBC2S

Previous Article
Michael Elgin Shares His Favorite Matches Of The Decade
Next Article
Lacey Evans On Marine Life Preparing Her For WWE, Her New Gig With Lifetime TV