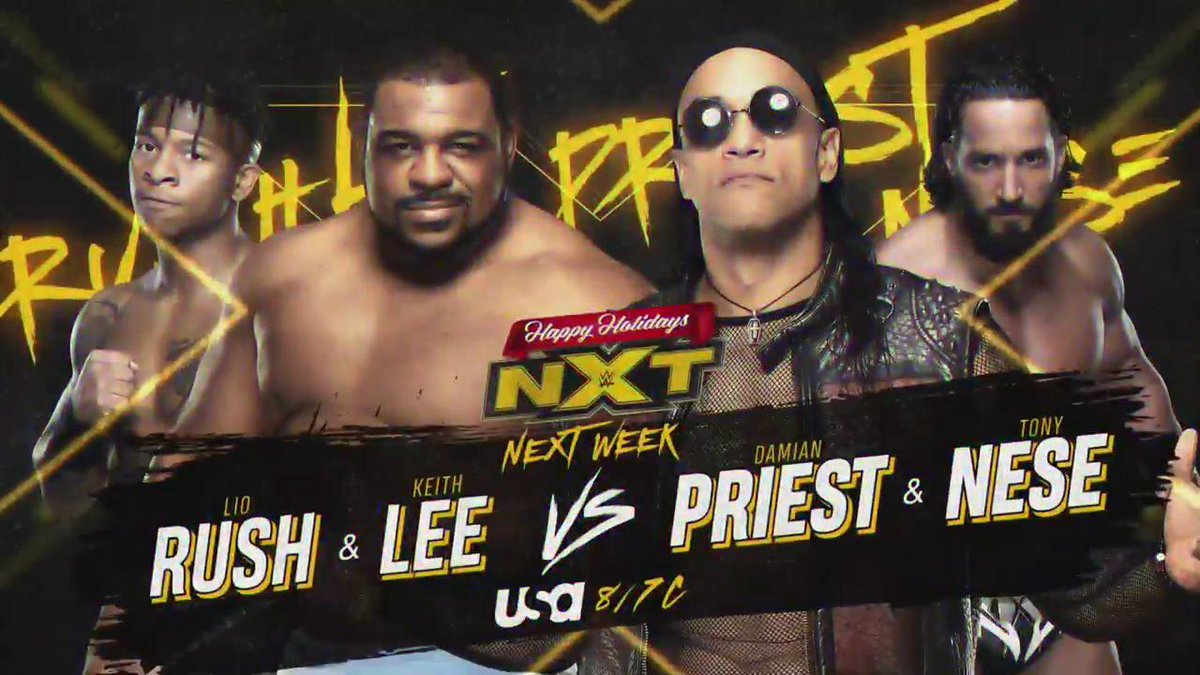 Two big matches have been announced for next Wednesday's Christmas Night edition of WWE NXT on the USA Network.

The episode will feature an Open Challenge from NXT North American Champion Roderick Strong. The other match will see Lio Rush and Keith Lee team up to face Damian Priest and WWE 205 Live Superstar Tony Nese.

Next Wednesday's NXT episode will not air live from the NXT Arena at Full Sail University as brand has the night off due to the holiday. There's no word yet on when these two matches will take place. Strong faced Austin Theory in a dark match last week, and it was noted by fans that the match was filmed, which isn't unusual as NXT dark matches are often taped for various uses.

NEXT WEEK on #WWENXT: