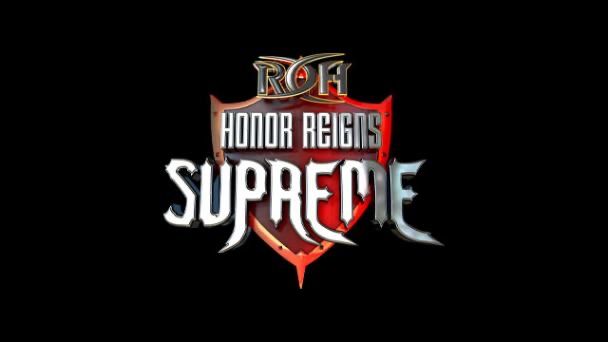 Ring of Honor has announced a big six-man match for the upcoming Honor Reigns Supreme event.

PCO will defend his World Title the night before against the former champion, RUSH, at the Saturday Night at Center Stage event in Atlanta.

Honor Reigns Supreme takes place on Sunday, January 12 from the Cabarrus Arena in Concord, North Carolina. It will stream live for HonorClub members.

Below is the full announcement on the six-man match:

The day after RUSH lost the ROH World Title to PCO at Final Battle Dec. 13, the former champion made two blockbuster announcements.

The first one was expected, as he wasted no time exercising his rematch clause. The second announcement put the entire locker room on notice.

Adhering to the adage that there's strength in numbers, RUSH revealed that he had formed a new faction -- La Faccion Ingobernable -- with his brother Dragon Lee and Kenny King (with Amy Rose).

The night before in Atlanta, RUSH will face PCO for the ROH World Title. So PCO will enter that weekend as the ROH World Champion and a co-holder of the ROH World Six-Man Tag Team Title, but RUSH could end the weekend with both championships in his possession.

Villain Enterprises has had a stranglehold on the six-man tag title since dethroning The Kingdom in March, but they'll face perhaps their toughest test yet in La Faccion Ingobernable.

Before losing to PCO, RUSH had never been pinned or forced to submit in ROH since making his debut last December; Lee won the ROH World Television Title at Final Battle; and King, a two-time former ROH World Television Champion, has become even more dangerous of a competitor since forming an alliance with Rose.

Will La Faccion Ingobernable score a statement-making victory at Honor Reigns Supreme? Or will Villain Enterprises continue to be the dominant faction in ROH? Join us live in Concord or streaming for HonorClub to find out!