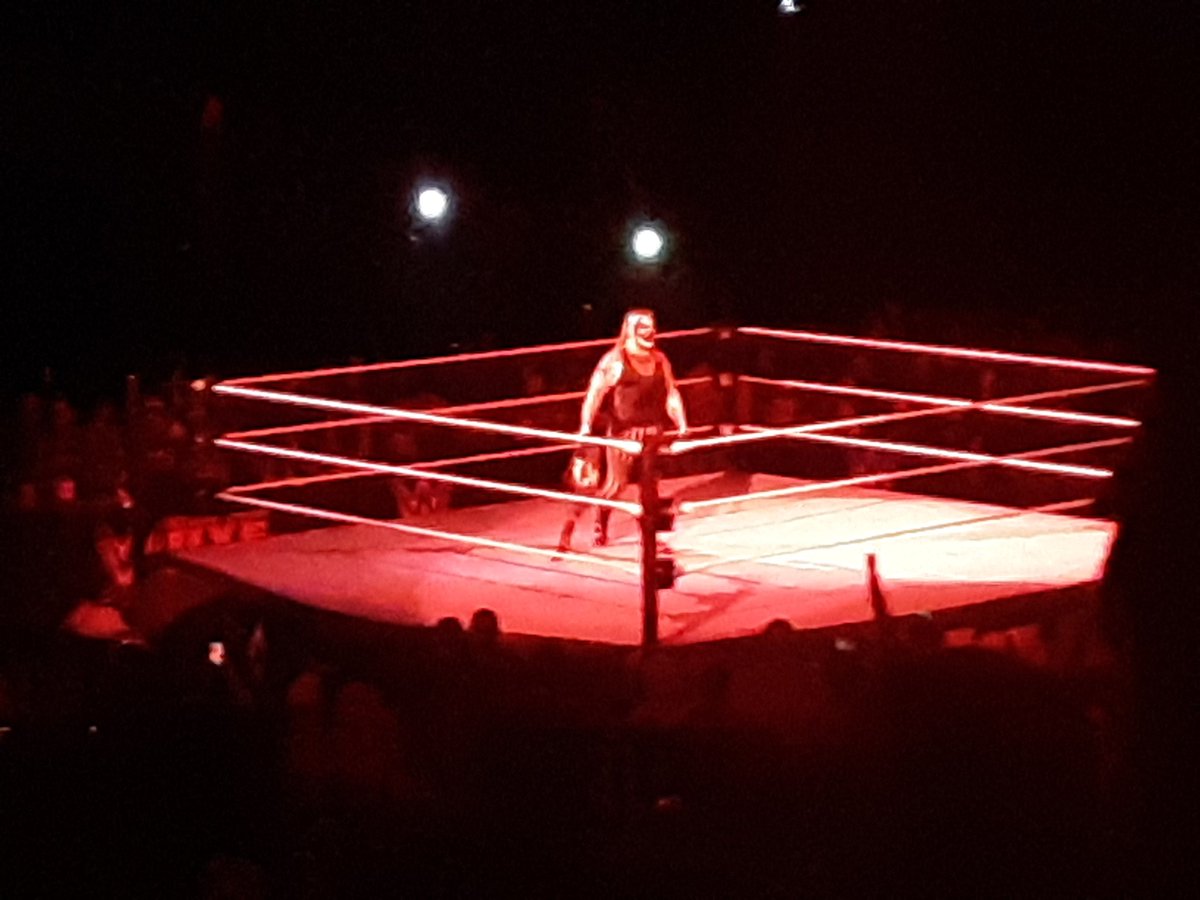 Thanks to Aaron Murphy for the following WWE live event results from Thursday's show in Cincinnati, Ohio:

* SmackDown Tag Team Champions The New Day retained over Scott Dawson & Curtis Axel, and Lucha House Party in a Triple Threat. Dash Wilder was at ringside but Dawson announced that he wasn't going to compete tonight, but Axel would be filling in. This match ran right around 30 minutes and went from a live crowd to a dead crowd. Kofi Kingston and Big E won with Midnight Hour

* Elias defeated Dolph Ziggler with Drift Away. Elias came out with a new song before the match but Ziggler interrupted. They traded insults throughout, lots of trash talking. Elias gave a shout-out to Cincy after the match for cheers

* Braun Strowman vs. WWE Intercontinental Champion Shinsuke Nakamura went to a No Contest or Double DQ after Sami Zayn interfered. Braun took out Sami and then Nakamura after the match for cheers

* Roman Reigns defeated King Baron Corbin in a Cincinnati Street Fight. Reigns won with a Spear through a table. After the match Reigns posed with fans at ringside to send everyone into intermission happy

* Shorty G defeated Cesaro in the match of the night. Shorty won by submission with the ankle lock

* SmackDown Women's Champion Bayley retained over Lacey Evans by pinfall. Bayley got the jump on Evans and beat her up early on due to a distraction from Sasha Banks. Banks taunted the crowd and Evans throughout

* WWE Universal Champion "The Fiend" Bray Wyatt retained over Daniel Bryan and The Miz in a Triple Threat. Pop of the night went to The Fiend but people, at least around our seats, were openly complaining about the red light over the arena. A lot of the action here was Bryan and Miz going at it but Wyatt did get involved at various times, taking a lot of offense from the other two as well. Miz and Bryan also double teamed The Fiend at times. Wyatt hit the Mandible Claw and Sister Abigail on Miz for the pin. The show ended with the focus on Wyatt's exit as his laugh echoed out over the arena. Big pops for Wyatt's entrance and exit, most of his sequences in the match, and just about anything he did.