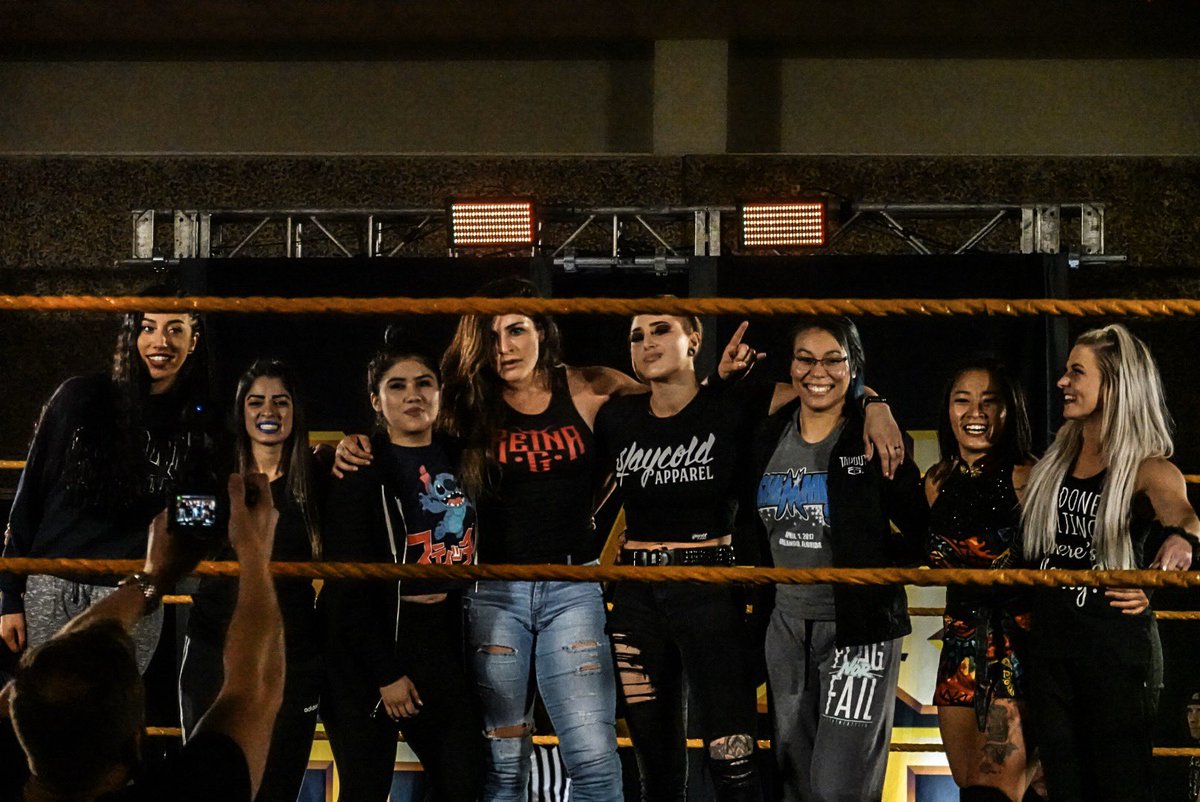 Thanks to Tara's Friend Henry for the following WWE NXT live event results from Thursday's show in Jacksonville, Florida:

This was the all-women's live event.

* Briana Brandy and Taynara Conti defeated Rita Reis and Catalina Garcia. This was the debut match for Reis and Brandy

* Karen Q came to the ring for a promo and was wearing a walking boot from her leg surgery. She talked about returning soon and was interrupted by Jessi Kamea. Xia Li made the save

* NXT Women's Champion Shayna Baszler retained over Reina Gonzalez with the Kirifuda Clutch. Baszler attacked with the submission again after the bell but Rhea Ripley came out for the save, also leading the babyface women's roster out into the arena. Ripley got a "NXT!" chant going to end the show. The women all posed together in the ring for several minutes as the chants and cheers continued

Thanks to @kimberlasskick for the featured image above.