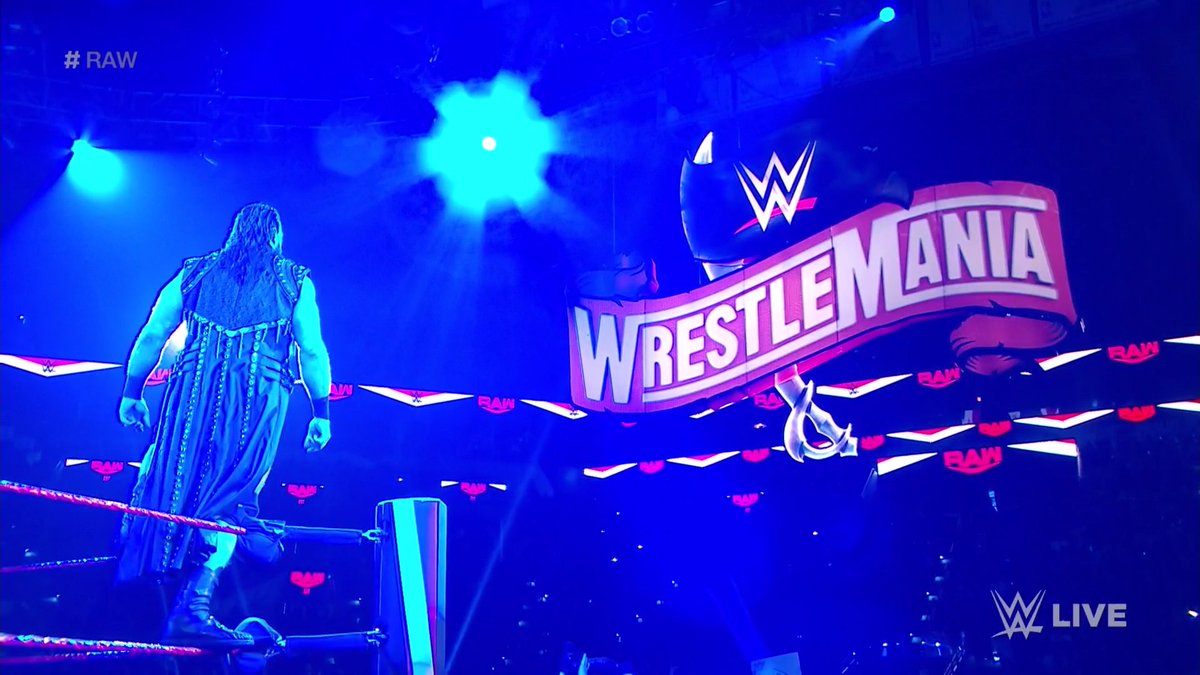 Drew opened tonight's RAW and announced that he wanted to face The Beast at WrestleMania. Drew then defeated Luke Gallows and Karl Anderson in a Handicap Match, and was attacked by Lesnar and a F5 after the match.

WWE then confirmed. McIntyre vs. Lesnar for WrestleMania, which takes place on April 5 from Raymond James Stadium in Tampa, FL.

Below are shots from tonight's opener:

"I CHALLENGE @BROCKLESNAR!"@DMcIntyreWWE isn't wasting any time... He wants the #WWEChampionship at #WrestleMania! #RAW pic.twitter.com/U5OTonU8BT

2020 #MensRumble winner @DMcIntyreWWE is kicking us off on #RAW! pic.twitter.com/gP6L3IvxDe

Thanks for comin', O.C.@DMcIntyreWWE just picked up another victory on the Road to #WrestleMania! pic.twitter.com/97O7Jpvst7

Not many Superstars would just volunteer for an impromptu #HandicapMatch.

Watch out for the ??, @DMcIntyreWWE!#WWEChampion @BrockLesnar is officially on the Road to #WrestleMania, too. #RAW pic.twitter.com/UJBal6Vb1N